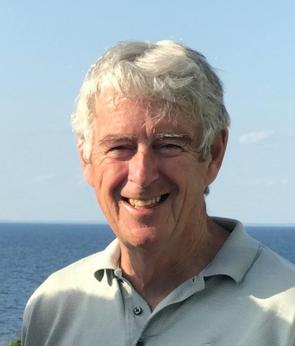 I last provided an update on the 415 Squadron Association in January 2019 – Far too long ago. It is certainly appropriate to provide a periodic look at the state of the Association and confirm that our mandate is being met.  What I can say is that not

Just prior to the restrictions placed on all of us due to the ongoing pandemic, the Association Executive met in Greenwood to discuss plans for the 80th Anniversary of the Squadron’s formation.  It was early March 2020 and although there were definite signs that we might be faced with a health crisis, we never thought that our lives would be so radically changed by COVID-19.  At the time, we wanted to ensure that a special memorial event would be held in 2021.  We had big expectations and were eager to start planning.

As I write this update, we have just welcomed three new members to our Alumni.  So far in 2020, the Association’s website has been visited over 25,000 times.  We continue to place new 415 Squadron related stories on the website and have responded to numerous queries for information concerning the contributions made by Swordfish over the years.

I am very happy to report that:

- Membership in the Association has remained steady at about 130.
- The Association has maintained a full and participatory Executive.
- The Association website was viewed over 50,000 times in 2019.
- Numerous correspondences from 415 Squadron veteran’s families were received and in the vast majority of cases helpful and -      informative responses were provided to their questions and queries.
- The Association’s relationship with 415 Squadron continues to strengthen, which ensures that new Swordfish receive historical      knowledge, memorial events are attended, charitable affiliations are maintained and Squadron accomplishments are celebrated.
- Over the past year a number of articles were published, which have further enhanced the Squadron’s historical record.

Our latest Association meeting was held on 12 March 2020.  The Record of Discussion from that meeting can be found on this website.  By reading this record, Alumni members will be quickly brought up to date on matters of importance to the Association.  Looking to the future, there are two initiatives that deserve closer scrutiny: a planned update to the Squadron Historical Record and the intention to celebrate the 80th Anniversary of the Squadron’s formation.

It is now the Association’s intention to update the Squadron’s historical record to include the period from 2005 to 2020.  Efforts are currently underway to have this update compiled, edited and ready for release in time for the 80th Anniversary of the Squadron’s formation.  As a result of the current restrictions on movement, most of this work is being accomplished from home and through collaboration over the internet.

The next major milestone for all Swordfish will be the 80th Anniversary of the formation of the Squadron, which occurs on 20 August 2021.  Following consultation with the Squadron, it had been decided that a suitable event should be planned for early June 2021.  The Squadron agreed that the Association would take the lead for both the planning and communications related to this event.  An initial planning meeting was tentatively scheduled for late September 2020.  The general planning parameters for the event were:

- Stand-alone vice all Greenwood Squadrons.
- Limited to a Meet & Greet and Squadron Party.
- Tentative dates were either 4-5 June 2021 or 11-12 June 2021 (Friday/Saturday).
- Event would be held in Nova Scotia but not necessarily at Greenwood.
- Mixed Mess Dinner or Mixed Dining-In format for Squadron Party.

The intent was to notify 415 Squadron Alumni and send notices to various agencies to ensure a good turn-out in June 2021.  Contact had already been made with the two known 415 WWII veterans to seek their input and to offer assistance should they be able to attend.  Of course, things have changed.

There is no near term solution to COVID-19.  Indeed, a viable vaccine may not be available for wide distribution until after the summer of 2021.  In-addition, LCol Ross Freeman, CO 415 Squadron, decided to take his release in July and the new CO, LCol Pat LeBlanc, has just recently taken command.  Further restrictions related to gatherings have limited our ability to advance planning activities.  Given the above, a meeting with the new CO is now scheduled for October and a new way ahead to celebrate the 80th Anniversary will be determined.

Looking to the Future

There will always be challenges, but with the combined efforts of our volunteers, it is still possible to move along initiatives that have a positive and enduring effect.  A big thanks goes out to each and every one of the volunteers who have contributed their time and talents.   Of course there is always a need for new volunteers.  If anyone reading this update, no matter where you are located, is interested in joining the 415 Squadron Association Executive, please contact us so that we can open a dialogue.  Much of what we do, can be done remotely.  We will keep you apprised of the 80th Anniversary activities.  Best wishes to all and keep safe.