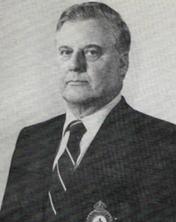 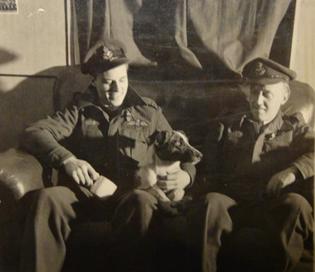 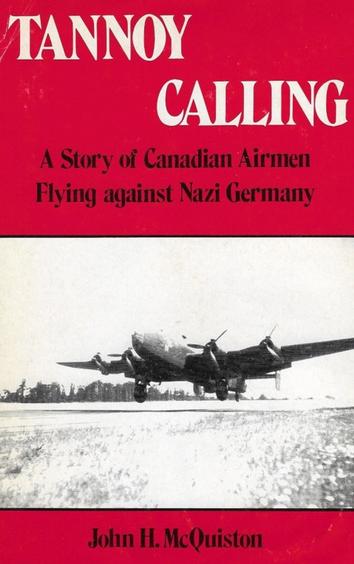 During a recent correspondence with David Egan, a grandson of F/O Jack Egan, the Bomb Aimer on the F/O McQuiston Halifax crew, I was made aware of a book written by John McQuiston.  I was told that this book recounted in detail McQuiston’s time on 415 Squadron, at RAF Station East Moor.  “TANNOY CALLING” - what a most unusual title I thought for a wartime novel.  Subsequently I learned that the loud speakers the squadrons used at that time were called Tannoy, after the manufacture’s name.  So “Tannoy Calling” meant the Squadron operations room was sending a message.  For example: “Tannoy calling - Flying Officer McQuiston and crew to report to their sections immediately”.


If you really want to know what it was like to form a wartime bomber crew, join 415 Squadron as it transitioned to 6 Group and develop an understanding of the tension, courage and horror these crews faced, then this book is a must read.  There are of course periods of comic relief shared, as well as, the ups and downs of crew life, during this tumultuous historical time.

The foreword of the book was written by Air Vice-Marshal Frank Ball, D.F.C. C.D, himself a former Commanding Officer of 415 Squadron.  He wrote that “John McQuiston has given us a personal and colorful account of his experience and that of his crew, while serving with Bomber Command’s 415 Squadron. His very readable tale will stir memories of his comrades, who served in those hectic and exciting times.  Hopefully, it will help the following generation to understand the emotion of bomber crews”.

I have completed a substantial historical study of the 415 Squadron World War Two era.  In particular, I was fortunate to become good friends with a number of Halifax crew members, who shared many of their experiences and who have subsequently passed away.  I have also visited Yorkshire on numerous occasions and walked the fields, which were once the site of RAF Station East Moor.  As I read this book, I was struck by how often the dialogue reflected what I have heard and seen over the years, including the dynamics of crew life that John McQuiston recorded.  Many of these experiences, I dare to say, have been experienced by 415 Maritime Patrol crews.

During a recent correspondence with John McQuiston’s children, Terry and Nora, I was told that writing this book was a labour of love for their dad.  Apparently it gave John great pleasure to complete this project and his family were truly gratefully he made the effort.   The 415 Squadron Association is equally fortunate to have this comprehensive historical record.  No doubt John would have been pleased to know that 415 Squadron is still going strong!

In my opinion, this book should be mandatory reading for all Swordfish.  A copy of “TANNOY CALLING” is now available for loan from the 415 Squadron Library.  I trust that its pages will be turned by many Swordfish over the coming years.