The youngest of four siblings, Harold was born in Kimberley, BC on February 24, 1934. Both parents originally from Norway relocated to Canada in the late 1920’s.  He joined the RCAF at Station Penhold, Alberta in August 1954 thus starting a career that he defined as his passion and true vocation. He became a pilot and after earning his wings served as an instructor on Harvards at FIS Trenton, Ontario from 1956 to 1959.  In 1959 he joined VP404 Squadron in Greenwood to fly the Argus. In 1960 he attended the Joint ASW School in Londonderry, Northern Ireland. Three years later he was posted to Summerside as a Neptune instructor at 2(M) OUT and in 1965 he became the Station Flight Safety Officer.

In early 1968 then Captain Johansen attended USNPG School in Monterrey, California in a post-graduate course on accident investigation. Later the same year until 1971 he held the post of Staff Officer Flight Safety at Maritime Air Command in Halifax. Promoted to Major, his next posting brought him to the Distant Early Warning Site of Cape Parry, NWT as Military Commander; a tour that lasted a year until 1972.
He graduated from the Canadian Forces Staff College in Toronto in 1973 and was stationed immediately to VP404 Squadron where he served as Chief Pilot Instructor, Chief Standards Officer and Executive Officer until July, 1976. Concurrently, he served as Mayor of the Community Council at CFB Greenwood, from 1973 to 1975. In 1974 he completed the ASW Tactical Commanders course in Norfolk, V.A.
In 1976 he took a one-year French training course in Ottawa and was promoted to the rank of Lieutenant-Colonel in January, 1977. He remained in Ottawa until 1979 working at NDHQ as Senior Evaluation Officer for Bilingualism and Biculturalism.

Lieutenant-Colonel Johansen assumed command of VP415 Squadron in June 1979, a position he held until July of 1981. He considered this assignment to be the highlight of his military flying career. While under his command, the Squadron went through the relocation process from Summerside to Greenwood and the retirement of the Argus from service. The end of this posting became a milestone in his career. He was able to refocus his professional life in a new and exciting direction, nonetheless with the bittersweet realization that he would not fly again. He logged more than 7,200 flying hrs.
The new path in his career brought him to Rome where he attended NATO Defence College from August 1981 until February 1982 where he received training in Emergency Preparedness and Plans & Operations Peace –CEPC, a field that defined the rest of his military and civilian lifework. He returned once more to NDHQ in Ottawa as Chairman, Team Leader to the Specialist Officers Study Group for the On-Site Manpower Evaluation Program (1982-83)

Lieutenant-Colonel Johansen’s last posting was in 1983 to SHAPE/OPS Division of Crisis Management (Casteau, Belgium) in the Crisis Response/Alerts Section with a particular emphasis on civil emergency planning. He continued his training in Crisis Management at the NATO School in Oberammergau, Germany where he soon became an expert lecturer in NATO's Senior Officials and Staff Officers Crisis Management courses. He served as executive agent for the Major NATO Commanders Alert System and the Status Negotiations with Nations.

In 1988 he returned to Ottawa and a year later he retired from the Forces after 34 years of service. Immediately afterwards, he was offered a civilian position at Emergency Preparedness Canada as a Staff Officer, Directorate of International Programs & Exercises, a job that he held until his retirement from the Civil Service in 1995. In this capacity he served as the National and International Alerts Officer, ensuring proper coordination existed at the National as well as the NATO and NORAD Alerts Systems. He sat as Chairman of the Government Emergency Book Review Committee and the Government Emergency Book Working Group and was the Canadian Coordinator for the International Nuclear Emergency Exercises, among other duties.

His first wife Mary Louise (nee Kanngiesser), passed away in 1988 and shortly after he was remarried to the former Carmen L. Molina. In his retirement years he was able to do what he enjoyed: travelling, golfing and reading. He passed away in Ottawa on January 10th, 2002 after a courageous battle with cancer, short of his 68th birthday. He is survived by his wife Carmen, son Michael, daughter Susan and grandson Kyle. 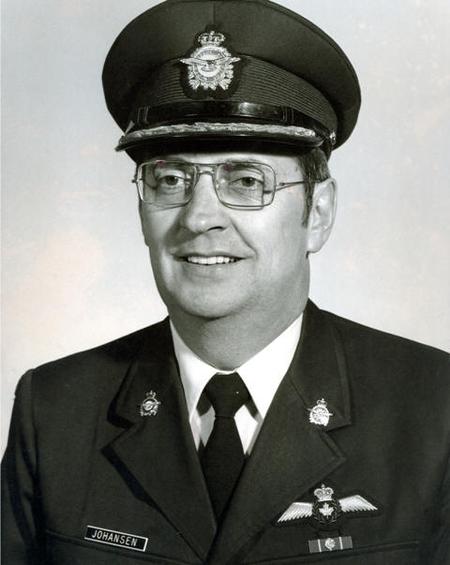