Lieutenant-Colonel Ross Freeman joined the Canadian Armed Forces in 1996 as a pilot. Following the completion of pilot training, he was posted to 415 Maritime Patrol Sqn and was subsequently transferred to 405 Long Range Patrol (LRP) Sqn following the disbandment of 415 Sqn. After an extended tour at 405 LRP Sqn, LCol Freeman was posted to the Aerospace Engineering Test Establishment in Cold Lake, where he was employed as a fixed wing test pilot for 5 years. Following this flying tour, he was posted to the Canadian Forces College in Toronto to attend the Joint Command and Staff Programme (JCSP). Upon completion of JCSP, LCol Freeman was posted to Director General Military Careers in Ottawa where he worked as the unit’s Chief of Staff.

LCol Freeman’s operational tours include a short deployment to Kandahar, Afghanistan where he flew with the United States Navy in 2008, and a deployment to Italy as LRP crew commander during Operation Unified Protector in 2011.

​After one year in command of 415 Squadron, LCol Freeman chose to leave the Royal Canadian Air Force and take a civilian position as engineering test pilot, with the Aerospace Engineering Test Establishment in Ottawa.  In this position, he will continue to collaborate in the future development of the CP-140 aircraft. 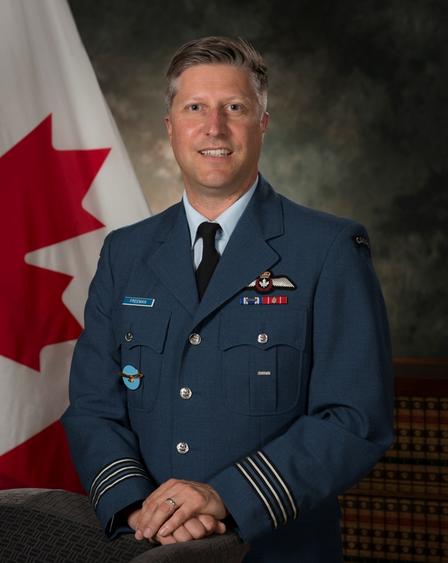