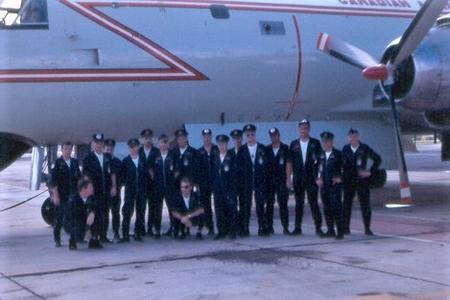 ​​Of course like all Swordfish crews, the Pirates excelled in joint exercises and always left their mark.  When tasked to show the flag up North that is exactly what they did - lots of noise and low level passes over inhabited areas.  The Crew had occasion to photograph Gov General Roland Mitchener and his party at Grise Fiord.  They dropped a sono container for the tower guys with goodies inside, and did the same at many remote communities.  They had an order to show off the Argus and the Canadian Flag and they relished the opportunities that were offered.  They made the miners in Yellowknife look like pussy cats, took on the RCMP in broomball on ice and enjoyed every aspect of the encounters.  They lived and enjoyed life to the fullest and according to John were successful in all endeavors!
Sadly three, of the original crew, have already taken their final flights: George Mumby, Joe Hohn and Cam Bernard.  Of those who remain, if any of you wish to add to the story, please contact the 415 Squadron Association.  We would be happy to hear from you and have John’s memories validated.

This story was written by Chris Henneberry in collaboration with John Murphy – May 2020.

Recently I had occasion to correspond with fellow Swordfish and alumni member John Murphy.   I had been reviewing some old Argus crew photos and I was trying to determine the year, crew number and crew composition of each picture.  As I looked through the Squadron’s 1960s wooden photo album, I came across a hand written crew list (no photo), which stated these were the original crew 4 pirates.  There was only one name on the list for which I had contact information.  So I reached out to John for a story or at least some background information.  He was happy to oblige.

John started off by saying “What a crew. We were a very close-knit crew who as we used to claim or advise/remind each other: work hard, play hard, skate fast and don’t tear your sweater!  We enjoyed success professionally and I won’t say we got in the most sh*t but it was a great group to fly with and to socialize - all of it done with full passion.”

He continued, “yes we were the original pirate crew and wore the skull & crossbones (and black eye patches) - it is difficult to pinpoint exactly how it started - it just evolved over time as we sailed the "Spanish Main", swashbuckling around - and perhaps the original spark may have emanated from George Mumby, as it is difficult to pinpoint.  It just popped up after we started to operate together, found unity, spontaneity, success, happiness, cohesion, that appeared to have no bounds. We never bitched, griped or sought special treatment. We felt we were the squadron leaders among a pretty talented cadre with enormous experience. We were proud, young, energetic, spirited, and full of piss and vinegar.”

As is the case with all crews, many of the stories must remain locked up until the last man is gone.  Many of the stories would not meet the “Globe & Mail Test”, so they will remain unwritten.  However there were many escapades all around the Atlantic & the Caribbean, up to Frobisher & Yellowknife.  Apparently the Pirate Crew just enjoyed the job and the fantastic opportunities that came their way.  John shared a few examples of how the crew enjoyed life together.

The crew really gelled on a trip down to Jacksonville (see crew photo above – some with eye patches).  They had a rental car (galleon), treasure chest filled with grog, wore eye patches and toured the “Spanish Main” looking for pirate opportunities from the Okefenoke in Georgia and all over Florida.  They made frequent stops along the way as their legend grew.

Then Crew 4 organized a 415 Squadron party.  It was held at the Summerside Base Gym and had a “Pirate” theme.  Everyone had to come dressed as pirates.  The admission password into the base gym where the party was being held was “on their Buccaneers" when asked where Pirates keep their "buckin hats".   There was a walking the plank ceremony after everyone got warmed up.  The “ocean” was a round red swimming pool with a white bottom, filled with red dye, and in the dimmed lights, appeared like pure water.   Well the Base Commander walked the plank at sword-point and into the “ocean”.    Many of the non-pirate crew in the spirit of the event, threw, deposited their girlfriends, wives or those of others squadron mates into the “ocean".   The next day the Base Commander’s wife called John at the Squadron saying that all the boss’s clothes and his skin were red.  He apparently told her that there must have been something in the base water or there must have been something put into the water by … 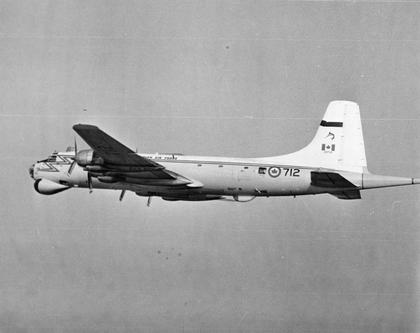 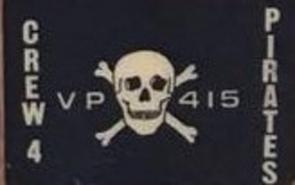 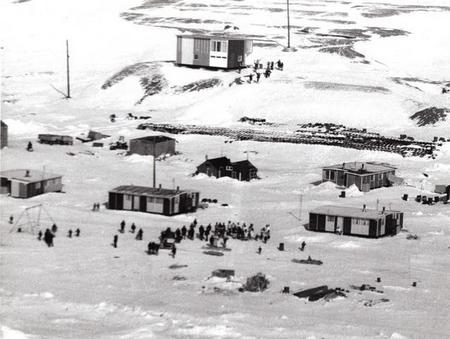