WWll Veteran Neil Conner served in Bomber Command as a navigator with 415 Squadron, 6 Group, RCAF. He was assigned to F/O McFadden's crew, which flew 13 operational missions before being shot down on 05 January 1945 during a night raid on Hannover.  Of the seven member crew, only four members successfully parachuted.  They were all captured however F/O Connor had been seriously injured  This interview, taped shortly before Neil passed away on June 10, 2012 describes how he was injured and lost his leg below the knee after his Halifax bomber was shot down over Germany. After the war, he devoted many years of service to the Ottawa Branch of The War Amps.Video 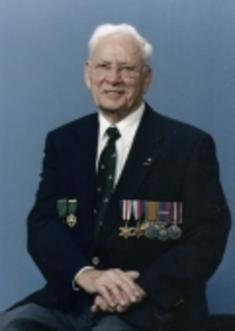