As you are likely aware, the 415 Squadron had a change of command parade last summer in late July. Luckily, the outgoing Commanding Officer, Lieutenant-Colonel Bernie Thorne, decided to transfer over to the Reserve Force and now works directly for the Capability Advisory Group Chair. He was subsequently appointed as the Block IV Implementation Flight Director.

I couldn’t think of a better person to carry out these duties, and hopefully his Reserve Force Surge (B) didn’t hinder his new farming responsibilities through the late summer and into the fall of last year. The entire squadron command team changed over this summer, and this has resulted in a fairly steep learning curve for all. Luckily, we have established a good battle rhythm in time for the commencement of Block IV testing efforts.

On February 21, 2020, CP-140108 flew from the Halifax International Airport to 14 Wing Greenwood. This Block IV “first flight” was led by the Aerospace Engineering Test Establishment (AETE) and augmented by experienced aircrew from 415 Squadron. The purpose of this flight was to determine if the Block IV modification had any negative effects to the aircraft handling, buffeting characteristics, or excessive aerodynamic noise.

The assessment was purely a qualitative one, with an elevated level of risk due to a restricted envelope (angle of attack, angle of sideslip, airspeed, and altitude). For those that have been involved with Third Level Inspection Repair (TLIR) and the Aurora Structural Life Extension Project (ASLEP), this test flight was a little different in the fact that none of the disturbed systems were checked in-flight such as engines, propellers, or flight controls. Additionally, AETE provided safety chase cover with a CT114 aircraft that essentially followed the test aircraft from take-off to landing.  An article on the Block IV initial test flight can be found at: https://www.skiesmag.com/news/upgraded-block-iv-aurora-flight-testing/

Throughout the COVID-19 pandemic, the squadron has kept busy. As 14 Wing activated the business continuity plan that drastically changed the overall day-to-day posture, 415 Squadron kept progressing work in support of the Block IV project and aircrew are maintaining their flying currency. 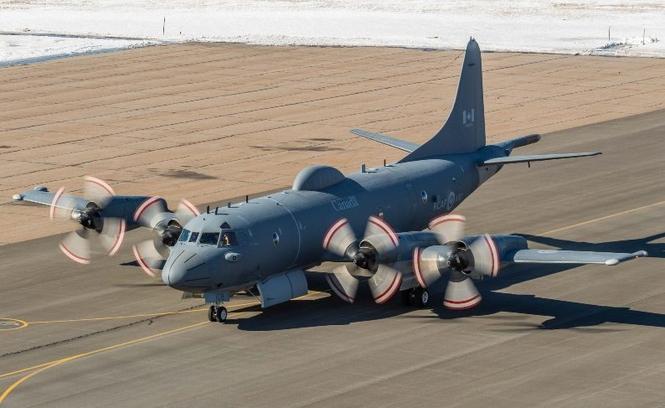