The skit, actually a tape played at his farewell party, went something like this ....

Lowell Huestis: “Well Commander Bernstein, you and your family are ready to board the Abegweit but the ship seems to be having trouble in those high winds and waves. The Captain is approaching too quickly.  What do you think?”

Commander Bernstein: “He f****n’ well might be in trouble”.

Lowell Huestis: ” Commander, I understand that you had trouble with the local constabulary ? They attempted to issue you a ticket for not coming to a full stop at an intersection.   What did you do with that citation?”

Commander Bernstein: “I rammed that one right down his throat”.

And the tape went on, setting up various scenarios on the way to his new position where the Commander’s words would be, perhaps not politically correct but, logical.  He accepted the skit in his usual dignified manner and with humour.   According to information gleaned from several reunions, that tape was used at subsequent unit get-togethers.

Fast forward 46 years to the summer of 2009. I donated one of my paintings to MP&EU for their 50th Anniversary and was invited to give a talk about my memories of my time on the unit.  Of course I had to recount the story of Operation BARGOLD and those famous quotes. Dave Larkin, as one of the subsequent Commanding Officers (CO) of the unit, was on the dais and added his perspective.  Lee Clain and Ron MacDonald were in the audience and their contributions further consolidated the memory of the incident.  Scotty Millar, also a former CO, informed me that Commander Bernstein retired as a Rear Admiral (see below) and that he believed that the cockpit tape was still in existence.  Unfortunately, later attempts to find the tape were unsuccessful.

On a further personal note, in 1964 I declined the RCAF’s offer of an extension to my short-service commission, in order to return to civilian life and pursue university studies.  Fellow members of MP&EU, especially Commander Bernstein, strongly encouraged my decision.  So this brief recounting of one incident during Operation BARGOLD was to not only capture a Cold War “moment”, but also to say a belated “Thanks” to the members of MP&EU.

This article appeared in the 128th Edition Spring 2020 of the “Growler”, a Shackelton Association publication.

On June 6, 1964, F/L Ray Cryderman was transferred to RAF Ballykelly, ASWDU, as an exchange officer.   As of this writing, he was living in Winnipeg.

Thank you to Phil Styles, Archivist at The Shackleton Association
https://www.thegrowler.org.uk/avroshackleton/ballykelly.htm

Thank you to Nevins A. Frankel, Webmaster at U.S Navy Patrol Squadrons
http://www.vpnavy.com/index.html 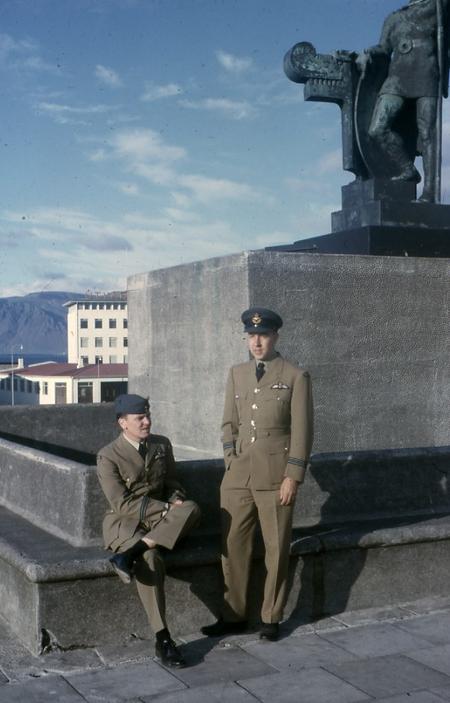 A number of the unit’s Radio Officers, including Flight Lieutenants  Ray Cryderman and Dave Larkin  (beneath the statue of Ingolfur Arnarson, first Viking settler in Iceland), also John Gridley and Lee Clain, retrieved the cockpit tape and planned a skit based on the Commander’s words over the stricken submarine.  The opening setting of the skit was at the dock in Borden, PEI.  Before the building of the Confederation Bridge, access to and from the Island was by ferry, a notable one being the MV Abegweit.  In the skit, waiting to board the Abegweit to cross to the mainland, Commander Bernstein, along with local CJRW radio celebrity, Lowell Huestis, were watching  the Abegweit prepare to dock. 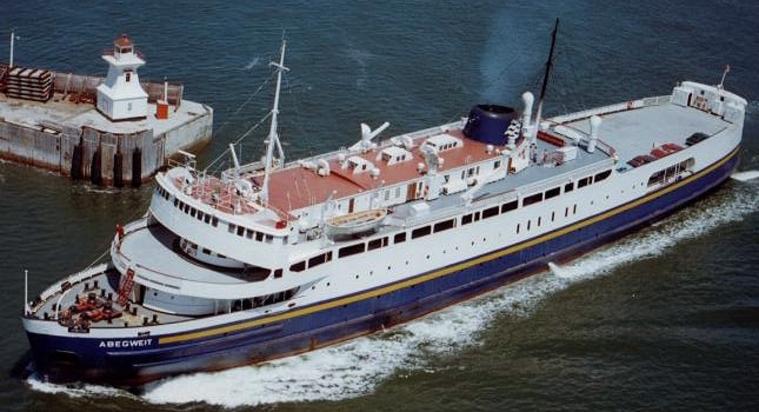 Our unit, the Maritime Proving and Evaluation Unit (MP&EU), was deployed to Keflavik, Iceland from August 9 - 22, 1963 as part of NATO’s efforts to monitor the quasi-annual Soviet northern fleet exercises.  During that time period, our unit flew five, 15 hour missions and had three sightings of Soviet submarines.  One of the sightings was remarkable in that it eventually involved three different types of Anti-Submarine Warfare (ASW) aircraft from three different NATO countries all over the same contact, at the same time.  This is the way the incident unfolded and how it was carried many years into the future.

On the day of the encounter, we were in a RCAF Mark 2 Argus (CP-107) and had received a message to search a certain area based on SOSUS (Sound Surveillance System) information.  Our radar picked out a small contact directly ahead which quickly disappeared.  We approached the datum at an altitude of 500 feet preparing to drop a pattern of sonobuoys and conduct a passive, sound search, known as Jezebel.  We then planned to localize the target by using either MAD (Magnetic Anomaly Detection) or an active sound ranging technique referred to as Julie.  However, seconds before reaching datum, the sub “porpoised” to the surface and again attempted to submerge.  A smoke marker and sonobuoy were dropped near the sub and as we banked to make a second approach, the sub again broached.

In the left-hand seat at that time and flying the aircraft was Lt. Commander Karl Bernstein, USN.  Commander Bernstein was an exchange officer and arrived on the unit the previous August after completing conversion training from the P2V Neptune on to the Argus.  The sub appeared to be dead in the water and the Commander excitedly exclaimed, “He f****n’ well might be in trouble”.  A few seconds later, zooming lower and over the sub, he launched another sonobuoy and marker and reflecting on his aim, he said, “I rammed that one right down his throat”.  We climbed to about 500 feet and now concerned about the sub, dropped more smoke markers and broadcast its position in the clear.

A short while later, a dark blur below us flashed over the submarine. Commander Bernstein immediately identified it as a “Navy P2V, probably out of Keflavik.”  We continued to circle maintaining our altitude at 500 feet while the P2V appeared to be at 300 feet.  And then, a third aircraft - below the P2V - flew over the sub.  It was a RAF Shackleton flying out of Kinloss, Scotland.  Its altitude was approximately 100 feet, which led one of our crew members to comment with a mixture of awe and admiration, “Crazy Brits!”.  Circling in the congested sky over the sub, keeping the other aircraft in view, the co-pilot quipped, “We need an Air traffic Controller out here”. We eventually departed the scene but, fortunately, with the entire intercom chatter recorded - for later use.

The actual identity of the Soviet submarine was not revealed to our crew, probably because of the element of secrecy at that time concerning the SOSUS system. However, one of the former members of MP&EU was dispatched to Keflavik to work in the Operations Centre.  Flt. Lt. Ron MacDonald recently shared his recollections of Operation BARGOLD:

“We spent our time analyzing LOFAR  (Low Frequency Analysis and Recording) records, briefing and debriefing our crews.  One Soviet submarine in particular provided a large amount of data.  It was an "R" class diesel-powered boat that was having trouble.  Few of us had actually seen a recording via a sonobuoy of a Russian U-boat, so everyone wanted to have a look.”

After that exciting incident and two additional sightings, we returned to our base in Summerside, Prince Edward Island (PEI).  A few months later Commander Bernstein’s one - year exchange was completed and he was leaving for his next posting. But, not without a farewell party! 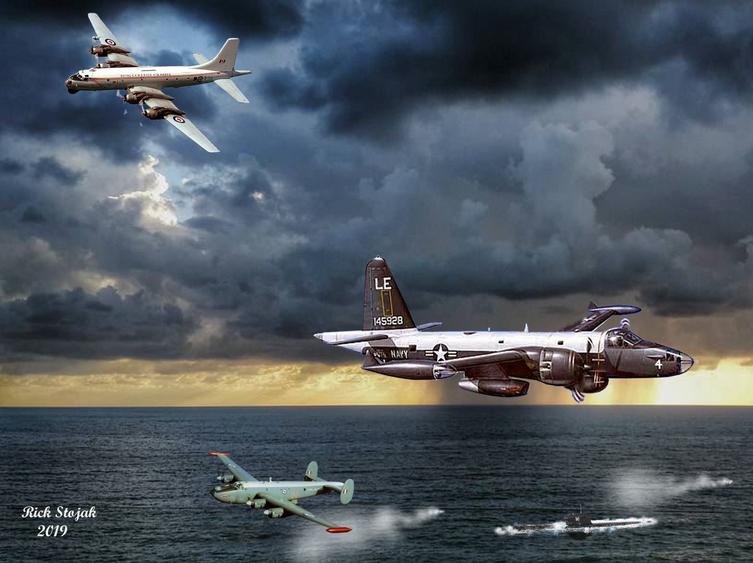