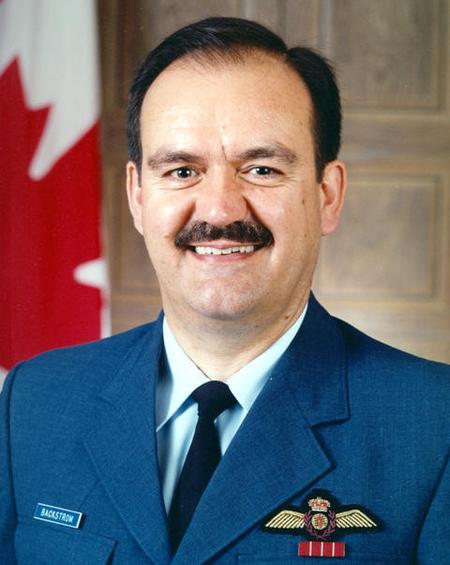 Jack Backstrom enrolled in the Canadian Forces in December 1978 and was posted to VP415 in October 1980.  Following a brief period of training on the CP-107 Argus and some flying with 405 Sqn in Greenwood, he joined 415 Sqn in Summerside.  Upon early completion of conversion training (with 407 Sqn), he once again flew with 405 Sqn until the first 415 crews graduated and began operating from Greenwood. He was initially assigned to crew 2 (Moonmen) as an ASO but, spent most of his time on Sqn with the crew 4 Pirates.  During his 5-year first tour with the Swordfish, he was qualified as an Argus “D”- Cat navigator and Aurora ASO1, NAVCOM, TACNAV and TACNAV Stds & Trg Officer.

He is a graduate of the USAF Electronic Warfare Officer Course, the Canadian Forces Command and Staff Course and an honour graduate of the RAF General Duties Aero Systems Course.

Col Backstrom commanded 415 LRP Sqn from July 2000 until May 2002, and since then, he has commanded the Canadian Long Range Patrol Detachment in South West Asia (Camp Mirage), the Wing Operations Branch Greenwood, and the initial deployment of NATO AWACS to Mazar-e-Sharif, Afghanistan.  He is currently the Operations Wing Commander at NATO Air Base Geilenkirchen, Germany.

He and his wife Sharon plan to retire in the vicinity of Halifax in the not-too-distant future.