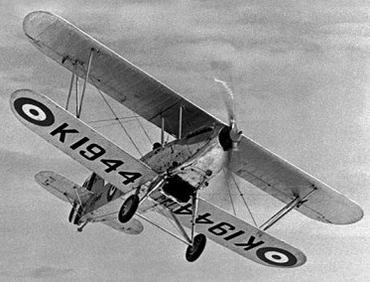 At the age of 27, Edgar Louis Wurtele was chosen to be the initial Commanding Officer of 415 Squadron, which was the first RCAF Torpedo-Bomber Squadron formed in Britain during the dark days of 1941.  During his career, he would fly over 50 aircraft types ranging from multi-engine flying boats to bombers whilst amassing over 2400 flying hours, the majority of which were on torpedo-reconnaissance and bombing missions.

Shortly after Edgar’s birth on October 26, 1913 in Saint John, NB, his family moved to Acton Vale Quebec.  He graduated from Lower Canada College, Montreal, in 1933 and subsequently studied economics and art at Sir George Williams College.  He was an avid sportsman and an accomplished skier – a trait that ran in his family.  His first taste of excitement was as a competitor in the 1934 National and International ski jumping contests held at Montreal and Lake Placid, NY.   Another favourite pastime was watching the planes flying from St Hubert and Cartierville.  In 1934 he joined the Montreal Light Aeroplane Club located at St Hubert.  He quickly demonstrated his innate flying skills on his initial solo flight when he landed on a snow covered field in an aircraft fitted with skis. As soon as he obtained his civil pilot’s licence, he applied for a “short service” engagement with the RAF.  Within five months he was on his way to Britain having been accepted by the RAF.

In 1935 Wurtele’s initial military flying training was completed at Nether Avon on Salisbury Plain.  Graduating as a Pilot Officer, he was immediately sent to No. 1 Fighter Squadron at Tangmere, Sussex, in southern England, where he first flew the Hawker Fury.  At that time, the Fury was the RAF aerial display aircraft.  In 1936 he was selected to do exhibition flying as part of the RAF Air Display Team at Hendon Airfield just north of London.  Some time later Wurtele commented “the act I was in was supposed to demonstrate combat with a bomber.  The bomber would loop and I would fly my Fury through the loop as part of the act.  It was a lot of fun”.  By now he was affectionately known by his RAF buddies as “Wally”, a nickname which stayed with him for the rest of his life.

Wally enjoyed a month’s repatriation leave, spending much of his time skiing in the Laurentians with family and friends.  An interesting side note is apparent if you look at the bookcase in Figure 4.  There you find a picture of his two sisters and a friend.  The sisters, Rhona and Rhoda, are identical twins and were Canada's women's skiing pioneers and champions of the 1940s and 1950s. Together they made up the entire 1948 Olympic Women’s Alpine team for Canada.  They are now in their nineties and reside in Montreal.

Early in 1945, G/C Wurtele was appointed Station Commander of RCAF Lachine, which by that point in time, was a combined repatriation depot, release centre and Air Force Medical Board HQ.  In 1946 he elected to remain in the Air Force and was dropped back in rank to Wing Commander and posted to Training Command HQs located at RCAF Trenton.  When Newfoundland joined Confederation in 1949, he was posted to Torbay as the Senior Staff Officer Newfoundland.   In this post he became a familiar figure at all state and civic functions.  He was also responsible for all liaisons between the RCAF and American forces stationed in Newfoundland & Labrador.  In addition, he oversaw the operation of the Search & Rescue Units in Newfoundland.  He was also a key figure in the formation and development of the Air Cadet movement in this province.  During this period, he developed the most high powered amateur radio transmitter in Newfoundland and was well known as an avid “Ham” Operator.  In 1951 W/C Wurtele was posted to the RCAF College located at the Avenue Road site in Toronto.  This was followed by his selection in 1953 as the Air/Army/Naval Attaché for Belgium, Luxemburg, Norway and Denmark.  He returned to Ottawa in late 1956 and served in the RCAF Intelligence Branch until his untimely death from a brain tumour in 1960.

Over his twenty-five year’s of service, Wally had served with RAF Fighter Command, RN Fleet Air Arm, RAF Coastal Command, RAF Bomber Command and both the RAF & RCAF Training Commands.  He had flown over 50 aircraft types including float planes, ski planes, flying boats, fighters and mult-engine bombers, including both the Halifax and Lancaster.  He also was an experienced day and night catapult pilot who served on RN Aircraft Carriers.  He held six command posts including Commanding Officer 415 Squadron.  The RCAF also acknowledged that he designed and constructed at least four radio transmitting stations.  He held a Canadian Civilian Pilot License as well as a Canadian Amateur Radio License.  Given Wally Wurtele’s association with the “Fleet Air Arm” both in the UK and Canada, his medals and log book are held in trust at the Shearwater Aviation Museum, Shearwater Nova Scotia.


This story was developed based on information provided by Edgar’s wife, Lorna, who resides in Sidney British Columbia, Edgar’s sisters, Rhona & Rhoda, who reside in the Montreal area and a sister-in-law Julie.  Supporting information was gathered from an article in the Standard Magazine published in Montreal in December 1941 and an article in the Montreal Evening Telegram in April 1951.  Additional information was taken from the official 415 Squadron history book titled “Swordfish – The Story of 415 Squadron” as well as numerous websites.

Returning to England in 1940, Wally was promoted to Squadron Leader and joined Coastal Command.   He flew Blenheims and Bristol Beauforts whilst conducting reconnaissance flights, convoy escorts, as well as torpedoing and mining operations.  Constantly on the move, he flew from Cornwall, Norfolk and Scotland.  Coinciding with his promotion to Wing Commander in August 1941, Wally was moved to Thorney Island, Hampshire and assigned command of 415 Squadron.  He reportedly commented that “my job was mostly to form the Squadron and organize it for operations.”  Air crews that trained in Canada were inducted into the Squadron and converted to Beaufort MK1s.  Just as crews were readying for advanced training, the Squadron’s contingent of five aircraft were reclaimed by the RAF and replaced by Blenheims.  Early in 1942 the Blenheims were in turn replaced by Handley Page Hampdens.  The constant cycle of training finally gave way to operations when the Squadron was moved to St Eval. Cornwall in April 1942.  The Squadron returned to Thorney Island in August 1942, at which point, Wally relinquished command to Wing Commander Dennis and was posted back to Canada in August 1942.

After his first home leave in seven years, Wurtele became chief instructor with the RAF at Patricia Bay, Vancouver Island.  On promotion to Group Captain, he was appointed Station Commander, a post Wally held until being posted back to England.  In February 1944, he assumed command of RAF Station Dishforth, a heavy conversion unit at which Canadian crews prepared prior to assignment to operational squadrons.  He requested and was subsequently transferred to the RCAF in June 1944.  He once again returned to Canada at the end of the 1944. 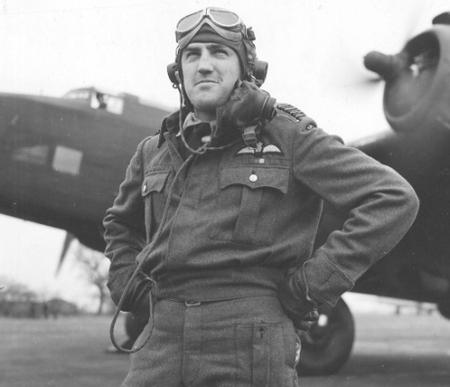 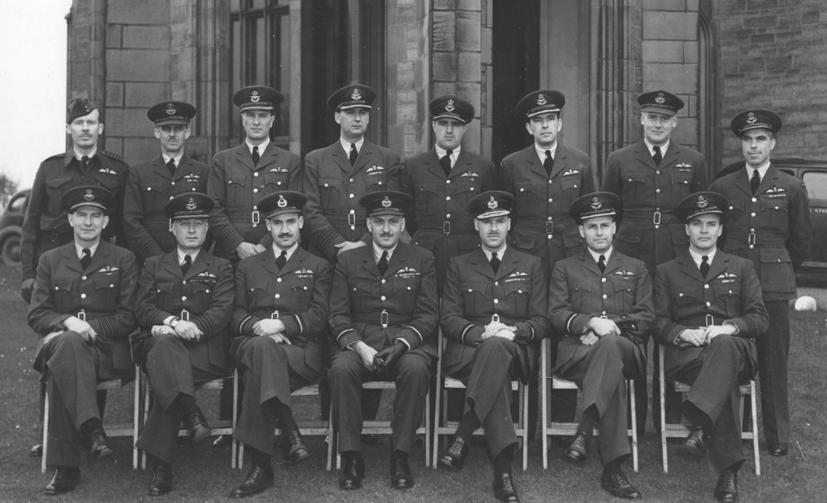 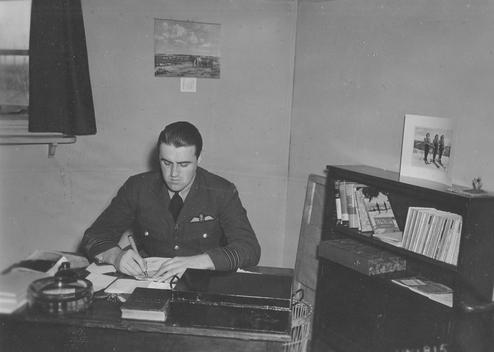 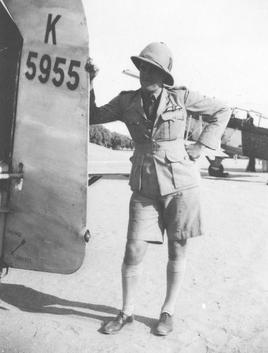 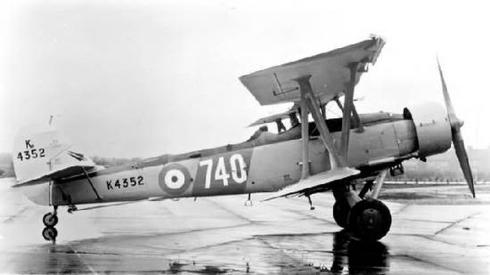 In 1937 over 50 percent of the RN Fleet Air Arm was composed of RAF personnel.  Wally agreed to move across to the Fleet Air Arm, taking catapult training and then seaplane training at Leuchars, Scotland.  Next, he attended torpedo and reconnaissance courses, which were immediately followed by a posting to the aircraft carrier HMS Furious.  His first deployment took him to Gibraltar, Malta and Alexandria.  On one occasion while flying a Blackburn-Shark, he got caught in a sandstorm off the Egyptian Coast.  The sand was so thick he was practically flying blind - at one point he discovered that he was just 20 feet off the ground.   He recalled that “we got away with it by conducting a force landing on the beach where we were stuck till we could clear the next day.”  Wally spent nearly two years in the Mediterranean, also serving on HMS Glorious and HMS Malaya whist flying the Fairey Swordfish.   He reported that “we were showing the flag up and down the Mediterranean and much of the work we were doing was secret”.