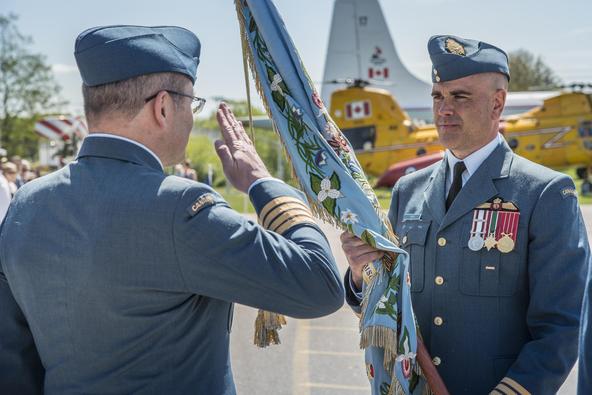 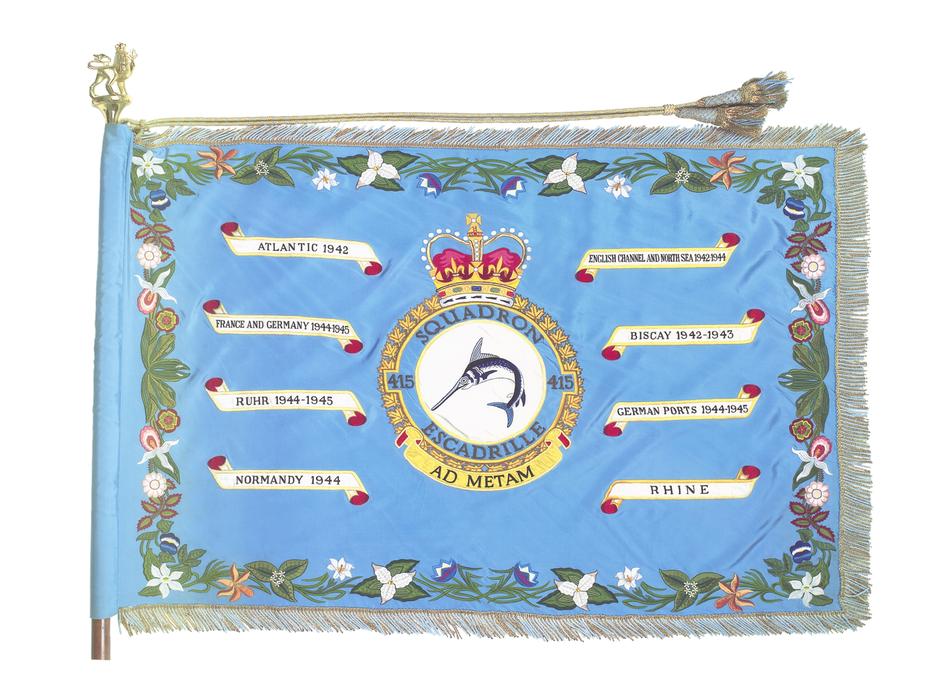 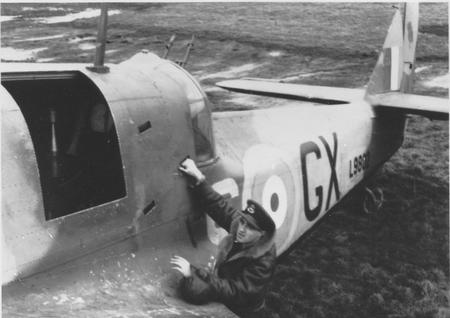 On 5 June 2015, Colonel Iain Huddleston, CD, the 14 Wing Commander, presented the 415 Squadron Standard to the unit’s thirtieth Commanding Officer, Lieutenant-Colonel Jeff Davis, CD.  In the words of Colonel Huddleston: “The deed is done.”  The 415 ‘Swordfish’ Squadron was being reactivated with the amalgamation of the Maritime Proving and Evaluation Unit (MPEU) and the 14 Software Engineering Squadron (14 SES) in recognition of the increasing level of software integration inherent in the Incremental Modernization Project (AIMP) Block 3 CP140M Aurora and the expanding scope of that platform's capabilities.  The Squadron’s mission will be to contribute to the force development and optimization of Royal Canadian Air Force (RCAF) Long Range Patrol (LRP) command, control, intelligence, surveillance and reconnaissance (C2ISR) capabilities through the provision of through-life operational test and evaluation (OT&E), tactics development and software/systems integration support.

The Squadron takes from MPEU the role of OT&E agent for the CP140M, and mission support and training systems.  In this, the Squadron is responsible for the conduct of trials that ascertain the operational effectiveness and suitability of new or upgraded systems, or current systems being used in a new role.  This involves assessing publications, training, the maintainability of the equipment, and the ability to use the equipment in an operational environment.  The Squadron is also responsible for the associated development and assessment of new tactics.  The OT&E Flight, on behalf of the Aerospace Engineering Test Establishment, conducts acceptance testing of newly AIMP-upgraded aircraft, and aircraft that have undergone contracted third-line inspection and repair.  The Operational Liaison and Acceptance staff from 14 SES, along with highly experienced software integration specialists, provides independent validation and verification of CP140M software.

To meet its mandate, 415 Squadron is comprised of experienced aircrew, engineers, software integration specialists, and data analysts.  As a result, the Swordfish are relied upon to provide operator- and technician-level expert advice to project sponsors throughout the various phases of potential or ongoing upgrade projects.  This is done through the co-ordination of operational requirements, in-development assessments, buy-and-try evaluations, support to the development of installation instructions and other required subject-matter expert input.  Overall, Squadron personnel bring their wide range of expertise to bear on a variety of RCAF initiatives aimed at enhancing the multi-role capabilities of the CP140M Aurora.

No. 415 Squadron was first formed on 20 August 1941 at RAF Station Thorney Island as Canada's first Torpedo Bombing Squadron.  After training on the Bristol Beaufort and Bristol Blenheim, the Squadron converted to the Handley Page Hampden.  After a move to RAF St. Eval, the Squadron conducted its first mission on 21 April 1942: an Air Sea Rescue searching for survivors of a lost 502 Squadron aircraft.  In September 1943, the Squadron changed over to the Vickers Wellington and the Fairey Albacore biplane.  415 Squadron was the only Canadian unit to operationally fly a biplane during the war.  During its three years in Coastal Command, the 415 (Torpedo Bombing) Squadron would fly anti-submarine and anti-shipping patrols over the Atlantic, English Channel, the North Sea and Bay of Biscay, living a nomadic life with frequent moves to RAF Stations throughout the United Kingdom.

On 12 July 1944, the Squadron was transferred to No. 6 (RCAF) Group of Bomber Command.  Settling at RCAF Station East Moor and re-equipped with the Handley Page Halifax, the 415 (Bomber) Squadron would fly over 100 bombing missions.  Flying its last operational mission on 25 April, the Swordfish were disbanded on 15 May 1945.  During the war, 415 Squadron lost over 200 members representing the Royal Canadian Air Force, the Royal Air Force, Royal Air Force Volunteer Reserve and the Royal New Zealand Air Force.

Equipped with the Canadair CP107 Argus, 415 Squadron was re-established as a Maritime Patrol squadron on 1 June 1961 at RCAF Station Summerside, PEI.  On 26 July, that year, the Swordfish set a Canadian endurance record, flying 30 hours and 20 minutes, non-stop.  Unfortunately, a tragic loss occurred on 31 March 1977.  Argus 737, returning from a search and rescue mission with only three engines operating, crashed during a precautionary approach. The crash resulted in three deaths: Master Corporal AI Senez, Sergeant Ralph Arsenault and Major Ross Hawkes.  In 1981, all the Maritime Patrol Squadrons were converted to the Lockheed CP140 Aurora and the East Coast squadrons were consolidated at Canadian Forces Base (CFB) Greenwood.  On 24 July 1981, Argus 736, call sign "Sidney 02” conducted a fly-past for a ceremonial parade in Greenwood; this was the last official Canadian Forces flight of the Argus.  On 10 February 1982, Argus 742, now owned by Crown Assets, was ferried by a Swordfish crew to Rockcliffe, Ontario, for a place of honour in the Ottawa Air Museum.

With the Argus and Aurora, the Swordfish have conducted a wide variety of missions including: anti-submarine, fisheries and pollution, and Atlantic and Northern sovereignty patrols; fixed-wing support to the Navy; and, search and rescue.  Over the years, 415 Squadron, as part of Canada’s Maritime Patrol/Long Range Patrol force, has proudly supported operations both in Canada and abroad.  Operation MORNING LIGHT, the search for a crashed Soviet nuclear powered satellite whose debris were cattered over a wide area of the Northwest Territories, took place in January 1978. Iraq’s invasion of Kuwait in 1990 prompted Canada to send an Operation FRICTION naval task group to enforce the United Nation’s resolutions. During this task group’s transit to the Mediterranean Sea, the Aurora squadrons exercised the task group’s self-defense capability and provided surface surveillance.  In 1993, the Swordfish flew

Operation SHARP GUARD patrols in the Adriatic as part of the CP140 support to the United Nation’s arms embargo of the Former Republic of Yugoslavia.  Surveillance missions were conducted for Operation ASSISTANCE, the Canadian Forces disaster relief effort during the Red River flood of 1997.  As part of Operation APOLLO, crews were deployed to the Arabian Sea region in support of the American-led campaign against  terrorism following the events of September 11, 2001.   In September 2004, the Swordfish took part in Operation SIRIUS, the CP140 support to NATO’s mission to deter,  monitor and intercept potential threats of terrorism in the Mediterranean Sea; to defend NATO member nations against terrorists operating at sea; and, to demonstrate resolve  and presence in the campaign against terrorism.  Soon thereafter, on 29 July 2005, 415 Squadron was stood down for a second time.