Charles Graham Ruttan DSO, CD, BA was born in 1916 at Hamiota, Manitoba.  After graduating from Brandon College with a Bachelor of Arts degree in Geology, he joined the RCAF in 1938.  He received air crew instruction at various training schools across Canada and graduated as a pilot in 1939.  His first assignment was as a flight commander with Canadian based Bomber Reconnaissance Squadrons #119 and #10.   In April 1943, he was posted overseas and appointed Commanding Officer of 415 Squadron.  He later held a senior appointment in RAF Coastal Command and was appointed Deputy Senior Air Staff Officer at 16 RAF Group Headquarters.

Wing Commander Ruttan was awarded the Distinguished Service Order (DSO) ON 28 April 1944 for completing his second tour of operations and for gallantry in action during night torpedo-bomber operations.

Returning to Canada in 1945, Wing Commander Ruttan carried out staff duties at Air Force Headquarters Ottawa.  In 1946, he attended Military Staff College, Toronto.  Promoted to Group Captain he was appointed Director, RCAF Staff College, Toronto (1948-1950).  He was assigned Wing Commander of RCAF Station Rockcliffe, Ottawa (1950-1952) and was subsequently moved to Tactical Air Command in Edmonton.  In 1955 to1958 he was appointed Commanding Officer of RCAF Station Gimli, Manitoba (NATO Training Base) and in 1958 he assumed command of RCAF Station Cold Lake, Alberta.  He attended Royal Military College in London, England from 1961 to1962.  Promoted to Air Commodore, he returned to Ottawa and served as Chief of Air Operations at Air Force Headquarters.  In 1965 he became the 41st NORAD Division Commander in North Bay, Ontario, retiring one year later.

In 1966 Charles Ruttan became Assistant General Manager of Nepean Hydro and was promoted to General Manager in 1968.  He retired in 1980.  During retirement he spent many happy hours at Otter Lake, Ontario. In 2001 he and his wife Verla moved to Central Park Lodge, Ottawa where he lived contentedly for 6 years.  On 20 September 2008 he passed away following a brief illness at the age of 92. 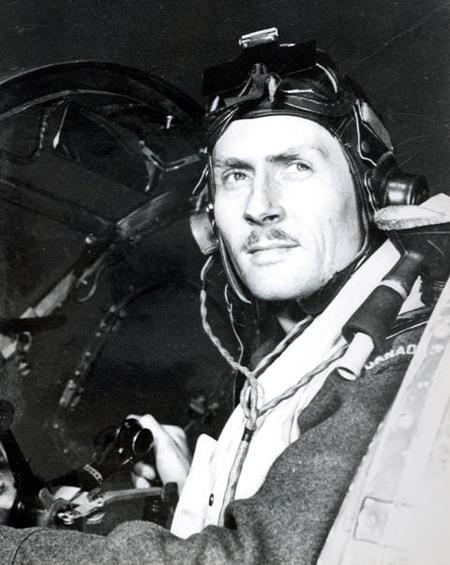