John Vernon Pierpoint was born in Toronto on October 23, 1921.  John joined the military in 1939, serving in active duty in WWII. One of the highlights of his distinguished 32 year career in the RCAF was his appointment as Commanding Officer 415 Maritime Patrol Squadron where he served for three years between 1965 and 1968.  He retired from the Canadian Forces and moved to Victoria in 1972, where he was active in community service. He also enjoyed the game of golf, and served both as President of the Uplands Golf Club in Victoria as well as the Director of the BC Golf Association.  John passed away on 23 August 2009.  He was predeceased in 2003 by his wife of 57 years, Jean.  He is interred at the Royal Oak Burial Park, Victoria. 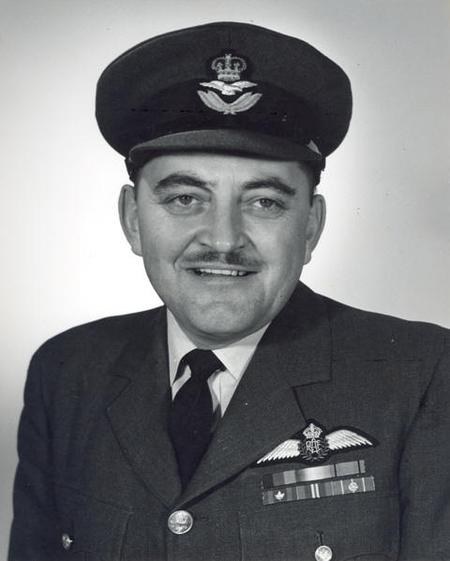