KS O'Brien joined the CF in 1977 at Sarnia, ON. Attended the Royal Military College and graduated in 1981 with a BEng degree. After second-language training at St. Jean, QC, he was posted to the Canadian Forces Air Navigation School at Winnipeg, MB, where earned his Air Navigator wings in July 1982.

O'Brien commenced his Maritime Patrol career with a posting to 407 Squadron in Comox on the CP140 Aurora. During his first tour, after a short time as a Navigator Communicator, he became a Tactical Navigator and a Crew Commander on the squadron. In 1985, he was the TACNAV of 407 Squadron's victorious O'Brien Cup and Fincastle crew. After completing the Aerospace Systems Course in 1987, he joined MP&EU in Greenwood, NS. During his tour at MP&EU, he was promoted to Major and conducted both the Senior NAV and PCO responsibilities while at the unit.

In 1990, Major O'Brien was posted to the Directorate of Maritime Aviation in NDHQ as a project director for acoustic and weapons systems. In 1992, he attended the USAF's Air Command and Staff College in Montgomery, Alabama, and while there, also obtained his master's degree in Political Administration at Auburn University. On his return to Canada, Major O'Brien was again posted to 407 Squadron. In 1996, he returned to the US as the Assistant Attaché for Air Operations at the Canadian Embassy in Washington, DC.

In 1999, he was again posted to NDHQ and the Air Staff in the Directorate of Air Force Employment, where he was responsible for providing the link between the DCDS and the air force in regards to air force employment in DCDS domestic and international operations. Of note, he was actively involved in the events following the terrorist attacks on 11 September 2001 and the follow-on OP APOLLO. LCol O'Brien was appointed as the Commanding Officer of 415 Maritime Patrol Squadron on 17 May 2002. He was promoted Colonel after one year in command, and returned to NDHQ in Aug 03 to assume the J3 Continental position within the DCDS staff. In July 2005, Colonel O'Brien assumed command of 17 Wing Winnipeg.  After 18 months in command, he was selected to attend the year-long Defence and Strategic Studies Course in Canberra, Australia.  Upon graduation, he was appointed to the position of Canadian Defence Adviser in Canberra in Feb 2008.  In May 2011, Colonel O’Brien was appointed to his current position as the Canadian Defence Adviser Islamabad.

He is married to the former Cheryl Cederwall, and they have two children and four grandchildren. 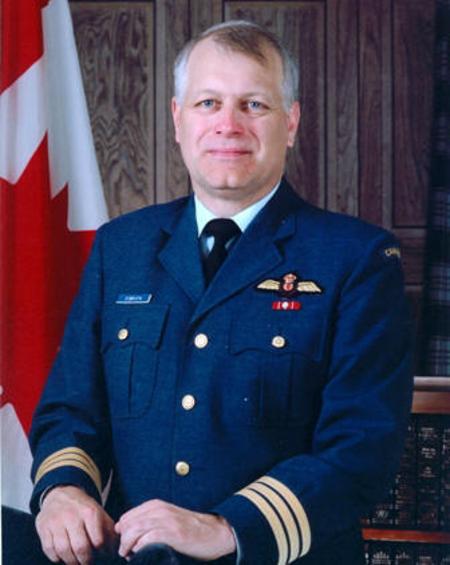