Sidney Secord Mitchell was born in Westmeath, Ontario.   He was educated in Montreal and joined the RCAF in February 1941.  Sidney trained as a pilot and spent his early years as an instructor serving at the following RCAF Stations: Rivers, Manitoba; Camp Borden, Ontario; and St Hubert, Quebec.  In August 1944 he was posted overseas.

Sidney led a Halifax crew during Heavy Conversion training and was assigned to 429 Squadron at RAF Station Leeming.  On the 29 December 1944 his crew was lost over enemy territory.  He was reported as a Prisoner of War on 25 Jan 1945 and held at Stalag Luft 1, Barth located in north eastern Germany near the Baltic Sea.  The Camp was liberated by the Soviets on 01 May 1945 and Sidney was repatriated to Canada.

Following a period of recovery Sidney returned to instructional duties at RCAF Stations Camp Borden and Centralia Ontario.   In March 1946, he was appointed Rail Transport Officer at Montreal.  He then completed a course at the Composite Training School located at RCAF Station Trenton.  In March 1947, he was transferred to the Regular Force Support Unit at RCAF Station St Hubert where he supervised air and ground training for both 401 and 438 Auxiliary Squadrons.  In August 1950, Sidney was appointed resident Staff Officer at McGill University Montreal.

In 1951, Sidney was appointed Chief Flying Instructor at the Maritime Operational Training Unit located at RCAF Station Greenwood, Nova Scotia.    In 1953 he was selected to attend the RCAF Staff College, Toronto.  Upon graduation he was promoted to Wing Commander and assigned to the Directorate of Air Defence Requirements at RCAF Headquarters, Ottawa.

Promoted to the acting rank of Group Captain, in July 1957 Sidney assumed the duties of Air Attaché at the Canadian Embassy, Moscow.    Following this tour and his conversion to the CP107 Argus, he was appointed Commanding Officer of 415 Squadron.  The Squadron’s mascot is affectionately named after him – Sidney the Swordfish.

On 5 September 1964, W/C Mitchell assumed the duties of Base Operations Officer.  After serving one year in this post, he retired from the RCAF on 25 September 1965. 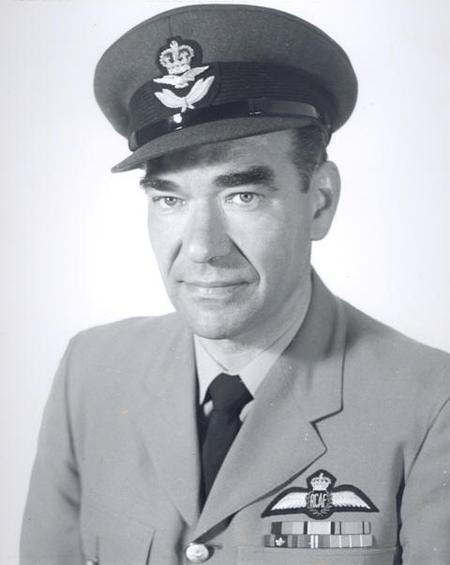