These prints of the CP140 Aurora were produced by noted military print maker Squadron Prints in the UK. Printed on heavy cardstock, they are available at $10 plus $5 S&H to Canadian addresses. For a S&H quote for overseas locations, send an email> 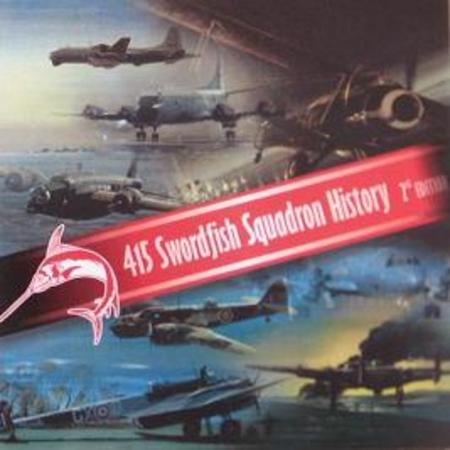 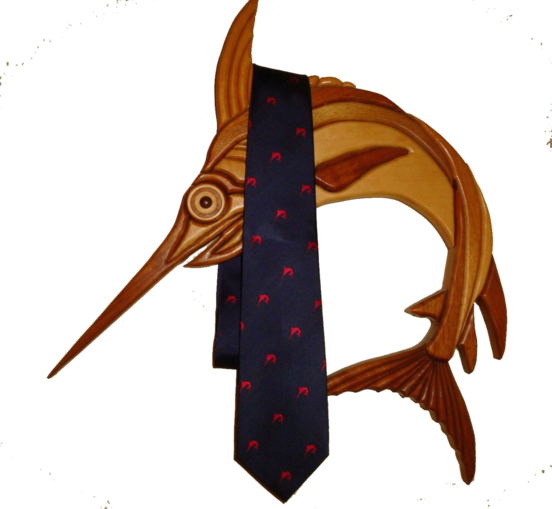 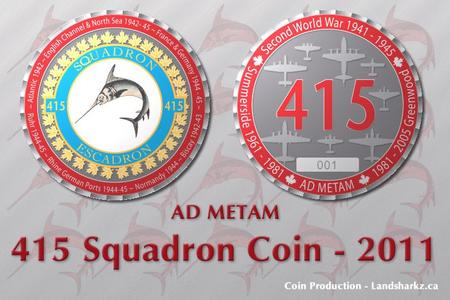 The 415 Squadron Association commissioned Commemorative Coins that celebrate the history of the Swordfish Squadron as part of the 70th Anniversary reunion in 2011. The Association is extremely pleased with both the design and quality of these coins. The coins are serialized from 001 to 250. 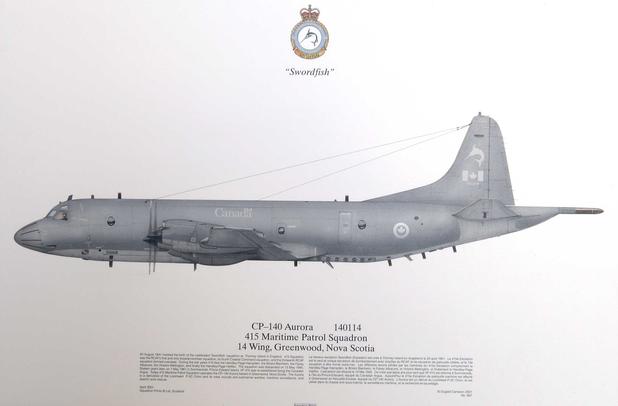 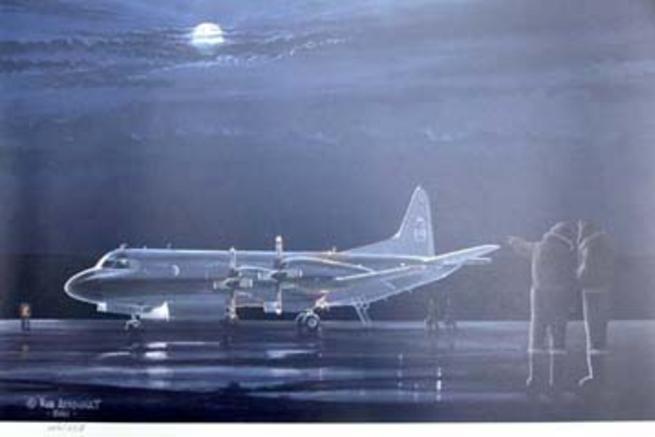 A collector’s item for students of Canadian Military Aviation history, this CD incorporates everything from the hardcopy volume originally published in 1982, the update inserts covering Squadron activities from 1983-1992 and from 1993-1997 plus all new material covering 1998 until the Squadron stood down in 2005. This CD also contains a significant number of additional images from throughout the Squadron’s history that were not included in the original books.

To commemorate the 75th Anniversary of the Squadron’s formation, the 415 Squadron Association has acquired fifty Squadron ties.  These unique dark blue silk ties with swordfish motif were first introduced in the late 1970s.  The ties are available at a cost of $30 each plus shipping fees.

This limited edition print is taken from an original painting commissioned by the Sqn with noted aviation artist Rob Arsenault to commemorate the 60th anniversary of the Squadrons formation in 1941. Reflecting the link between the Squadron's distinguished wartime record and current operations, a pair of 2nd World War aviators are watching over a contemporary crew as they man their CP140 Aurora Maritime Patrol aircraft at night. Printed on heavy acid-free museum quality paper, less than a dozen of the original 175 prints remain for sale at $85 each plus $15 S&H to Canadian addresses. For a S&H quote for overseas locations, send an email 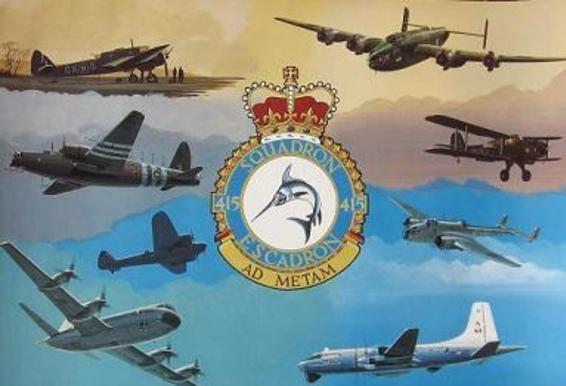 These posters were made from an original painting commissioned from noted aviation artist Geoff Bennett in 1991 to commemorate the 50th Anniversary of the Squadron’s formation, with all 8 aircraft flown by the Squadron surrounding the Squadron crest.

They are available at $8 plus S&H.