Dan Heffernan was born February 4, 1911, in New York City.  He grew up in a relatively affluent family and studied at Loyola College in Montreal, graduating in 1928.  Returning to New York City after graduation, he married and ultimately worked as stock-broker.  At the outbreak of WWII, he chose to leave his wife and family to join the Royal Canadian Air Force.  Kerry Heffernan, a granddaughter of Dan’s, provided some insight on this life altering decision.  “My grandfather did leave his wife and young son, (my father Daniel Joseph Heffernan Sr.) in 1940 to join the RCAF.  He left because he felt an allegiance to Canada having been educated there and because he was disgusted by what he saw in the papers and newsreels about the Nazis.  He had a strong sense of fairness and he deplored the images of refugees from Eastern Europe and was sickened by the behavior of the Nazis.  When Hitler began his Blitzkrieg against England my grandfather was just fed up.  Against his wife’s wishes he did leave. No one knows exactly what was in his mind but I believe he had a deep sense of right and wrong and he made a choice to actively take part in the fight.  He was 29 when he left.  He was in no danger of being pressed into military service; he did it of his own free will”.  Dan left New York City for Montreal in early August 1940 and would subsequently decide to divorce his wife in 1942. 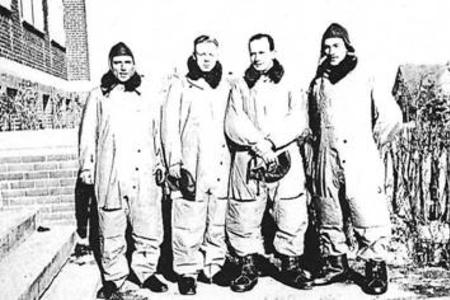 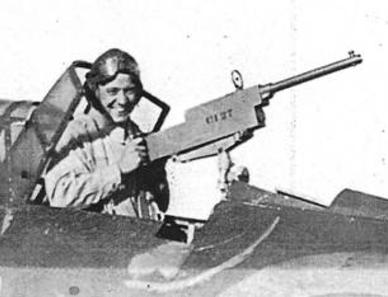 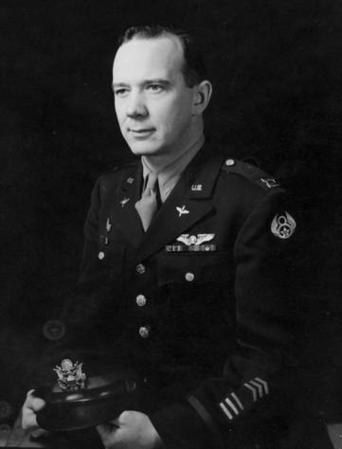 The transition to 407 was relatively easy as the Squadron was flying Wellingtons and Dan had an abundance of Coastal Command experience.  As it happened, the USAAF was more than happy to have Dan cross over.  After flying just five training trips and one operational mission with 407 Squadron, Dan was released from the RCAF.   He had completed 37 Combat Missions and flown a total of 363 hours in the RCAF.
On 27 April 1943, he was commissioned as 1st Lt in the USAAF.  He was immediately assigned to the USAAF Gunnery School, at Sudbury, Suffolk as a gunnery leader and instructor.  Soon thereafter, he was promoted to Captain.   Dan noted in his diary that during his first USAAF mission he experienced difficulty with the oxygen system and his throat mike.  It was his first trip on oxygen and “I didn’t care for that type of flying”.  He also wrote that in his opinion there was too damn much talking among the officers up front.  They sounded like a bunch of schoolgirls!  It was very different from operating with Canadians.  In late November 1943, Dan married Gladys Phipps, whom he had met during his tour on 415 Squadron.

​When Dan became part of the USAAC, he was one of the most experienced combat veterans in the Corps.  In short order he was assigned as an adjutant to General Curtis LeMay, who was then Commander of the 3rd Air Division.   In July 1944, on LeMay’s transfer to the Pacific Theatre, Dan was assigned to the 92cd Combat Bombardment Wing and then in October re-assigned to the 13th Combat Bombardment Wing, where he remained until the end of the war in Europe.

In late June 1942, whilst on a bombing run at 4000 feet, their hydraulic system was shot away and F/Sgt Barclay was hit by splinters.  P/O McMillan managed to return to home base however a crash landing ensued at which time P/O Chapman sustained minor injuries.  Although their aircraft was damaged, within a few days the crew was once again ready for operations.  On the first of July, McMillan’s crew took off with three other 415 crews to conduct anti-shipping strikes of the Frisian Isles.  During this mission, Dan’s crew stayed over an enemy convoy for 45 minutes trying to sight it through low clouds whilst encountering much flak.  Finally the crew dropped bombs where tracer fire was coming through the cloud bank.  They scored a hit and the resulting concussion was so strong that it flipped over an accompanying Hampden, which was flown by WCdr Dennis, the then Squadron Commander.  The crew was subsequently given credit for sinking a tanker.

At this point, Dan was selected to attend the Gunnery Leaders Course at the Central Gunnery School, Sutton Bridge, Linconshire.   He undertook all of his training on Vickers Wellington aircraft.  On completion of the course, he was promoted to P/O and following a short leave period he returned to his crew in mid-August.  On arrival, the new Commanding Officer, WCdr Ruttan, appointed him Gunnery Leader of “B” Flight.

After completing 30 operational missions, Dan worked full time as a Gunnery Leader until he was posted to 407 Squadron on 6 March 1943.  Two months later his former Crew Commander, F/Lt William McMillan, was posted to Charlottetown as a general reconnaissance instructor.  By this point in the war the USAAF had established itself in the United Kingdom and Dan was eager to join his fellow Americans. 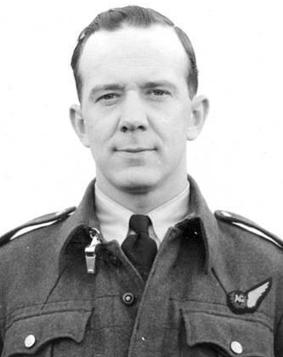 He flew over 200hrs in both B17s and B24s.  In April 1945, he was promoted to Major.  He was assigned to be the interim Military Governor of the Black Forrest region of Germany immediately after hostilities ceased in Europe but he was relieved of that position because he refused to allow the civil servants who had been Nazis to return to their jobs running the electricity, trains and post offices.  His granddaughter noted that “he had visited one of the concentration camps in the region and was so disgusted he stood firmly against allowing former Nazis to return to their normal lives without any consequences”.  By August he was back in the States and posted to the West Coast where he served until the end of the Pacific War.  In February 1946 he was offered a permanent commission in the Army Air Corps.

Posted to various stations, he was appointed Lieutenant-Colonel in October 1947.  After transferring to the newly formed USAF, he was posted to Travis Air Force Base.  In the early 1950s he was diagnosed with Hodgkin’s disease and forced to retire.  It is interesting to note that Dan was at the first above ground test for the atom bomb in White Sands New Mexico.  It is quite likely that his exposure to radiation there caused the Hodgkin’s disease that eventually killed him.  He and Gladys returned to the UK.  On 8 September 1954, he succumbed to his illness while a patient at the USAF hospital in Ruislip, just outside London.  His remains were returned to New York for burial.

Dan kept a war diary during his USAAF service that makes it clear that although an American, he had been schooled in flying and airmanship in a much different culture.  He was a dedicated flyer and took the fight to the enemy.  Dan enjoyed the camaraderie of uniformed life and was proud of his service record. He was one of the 'Yanks', that for various reasons, as diverse as a call to adventure or a need for change, or a mixture of both, joined the war effort when there was no call to arms from their own country.  A fortunate man to survive over four years of bomber operations, Dan truly beat the odds in surviving the war.  It was unfortunate that he only lived a few years before succumbing to Hodgkin’s disease.

Much of the information for this article was taken directly from the military memorabilia belonging to D.J (Dan) Heffernan.  Prior to the passing of his wife Gladys, she gifted Dan’s military artefacts to her nephew Nicholas Pryor.  Being very ill himself and having no family, Nicholas passed along these artefacts to Duncan Donaldson-Davidson, who in 2014 arranged to have these articles archived at the American Air Museum at Duxford, UK.  Also Kerry Heffernan provided significant insight into the family dynamics which led to Dan’s decision to join the RCAF, as well as, additional insight on Dan’s employment with the USAAF/USAF.  Additional information was gathered from the 415 Squadron WWII Operational Record Books and from the book “Swordfish – The Story of 415 Squadron”.

He shall be remembered.​

Dan enlisted in the RCAF as an Air Gunner.  In short order, he was on his way to Brandon, Manitoba to commence basic training.  He subsequently spent short training periods in Brandon, Vancouver and Regina before being posted to #3 Wireless School located at Winnipeg, Manitoba in February 1941.   After completing wireless training, he then qualified as an Air Gunner at #5 Bombing and Gunnery School in Dafoe, Saskatchewan.  By August 1941, he was on his way to Halifax.   He was authorized to take a short leave period in Montreal.   He used this free time to return to New York City and say his farewells to family and friends.  After a week, he returned to Montreal caught a train to Halifax and then sailed to England on 25
August 1941.  Seven days later he arrived in Liverpool and was immediately sent to RAF Bournemouth, where the holding unit for the RCAF was located.

Following a short period at Bournemouth, Dan was posted to #1 Signals School located at RAF Cranwell, Linconshire.   By the end of November 1941, he had completed his advanced training, achieving excellent results, and was posted to 415 Squadron at Thorney Island.  Assigned to P/O McMillan’s crew, he was one of the first qualified aircrew to join the Squadron.  Initially the crew trained on Bristol Beauforts and Bristol Blenheims.  By early February 1942 they were nearing operational status when the Beauforts and Blenheims were withdrawn from the Squadron and replaced by Handley Page Hampdens.   As a result, the crew now had to undergo conversion training.  By late February 1942, they achieved operational status and were assigned to “B” Flight.  Their first operational missions were flown in late March, the objectives of which were Shipping Strikes near the Dutch Coast.  In addition to Shipping Strikes, follow-on missions included Mine Laying, Anti-Submarine Patrols and Coastal Reconnaissance.  On a number of flights they encountered enemy action.