Born in Springhill, NS in 1926, R uff Johnson completed High School and was a member of the Militia.  He joined the RCAF in May 1944, hoping for pilot selection.  At RCAF Manning Depot in Toronto on 6 June 1944, he completed basic training, but found no new aircrew were needed.   AC2 Johnson then joined the RN Fleet Arm, arrived in England before the end of 1944, and commenced pilot training on Tiger Moths. However, all aircrew training ceased on 9 August 1945, just after V-J Day, and Ruff was sent back to Canada.

Ruff enrolled at St. Francis Xavier University graduating as a Mechanical Engineer in 1949.  He spent the summer of 1946 at sea with the RCN Reserve.  In 1947 he participated in the first post war RCAF pilot training course.  Over successive summers of training he earned his “Wings” at Centralia, ON in 1949.  Following an Air Armament Course in Trenton, ON, he joined #2 (M) OTU at Greenwood, NS where he qualified on the Lancaster.  His first operational tour was on 405 Squadron and his second, as a Crew Captain, was on 404 Squadron.  In October 1952, F/L Johnson was posted to 407 Squadron at Comox, BC.

In 1955 he commenced a series of ground tours which included: RCAF Station Torbay as Adjutant; RCAF Station London as an Instructor at the Officer Candidate School; RCAF Station Centralia on staff; and RCAF Station Toronto as an Instructor at Staff School.   After attending Staff College at RAF Bracknell, Major Johnson was posted to the Directorate of Air Plans at RCAF HQ, Ottawa.  In 1966 he was once again sent to #2 (M) OTU,  qualified on the Argus and was posted to 405 Squadron.  In 1968 he was promoted and assigned command of 415 Squadron.  Under his leadership, the Squadron won its first Fincastle Trophy.

LCol Johnson then served at Maritime Command HQ, as SSO Air Readiness.  He oversaw the introduction of the Maritime Air Standardization Team (for which he was inducted as an Officer in the Order of Military Merit).  His last posting was to the Directorate of Maritime Aviation at NDHQ, which he (as Col) led for five years until retirement 1979.

Joining the reserve force, Ruff worked on special projects for the Air Force including studies on Aircrew Operational Training Requirements and Squadron Maintenance.  This was followed by jobs at IMP and AMTEK.  In 1986 Ruff retired and devoted himself to family, golf, bridge and charity work.   At the age of 85, he passed away. 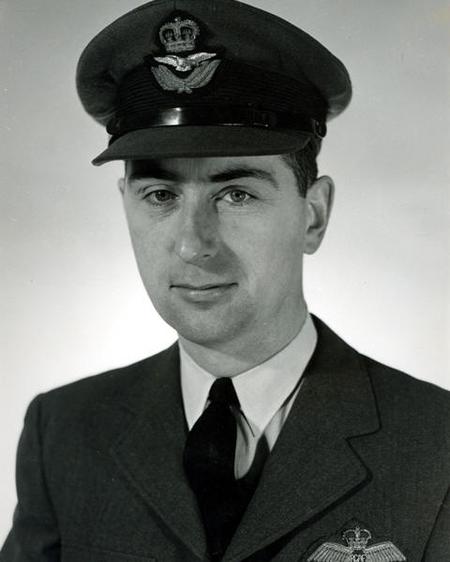