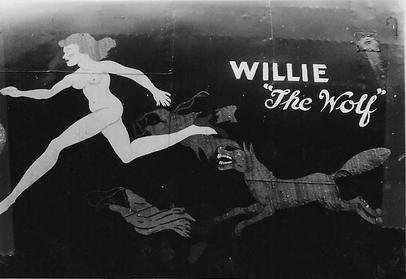 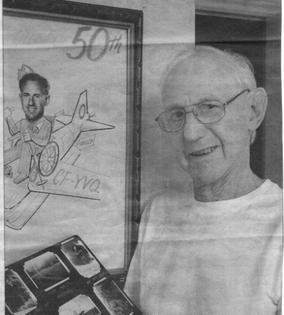 After flying 33 operational sorties, he completed his tour in January 1945.  Given his prowess as an Air Gunner, he was sent to the Empire Central Armament School located at RAF Mamby, Linconshire, which was part of the RAF Flying Training Command.  By the end of 1944, most Halifax and Lancaster bombers were equipped with the Frazer-Nash hydraulically operated tail-turrets, fitted with 4 x .303 calibre machine guns.  Their effective range was only a few hundred yards. In late 1944, the “Rose” turret was being introduced into service to enhance both the responsiveness and effective range of the tail-turrets.  Jim became an instructor on the operation of the new turret, which consisted of twin .50 calibre browning machine guns which had an effective range of 600 yards.  During this period he flew a number of additional operational missions.  He remained at RAF Mamby until the end of the war.

In June 1945 Jim returned to Canada.  Over the next few years he worked as a bookkeeper for a number of businesses.  During this time, he articled to become a Registered Charter Accountant and in late 1948 he entered a long lasting partnership, opening the office of Roundtree-Main.  To this day Jim still manages a few accounts.  He and his wife now spend six months of the year in Thornhill, Ontario and six months enjoying the warmth that Florida offers. 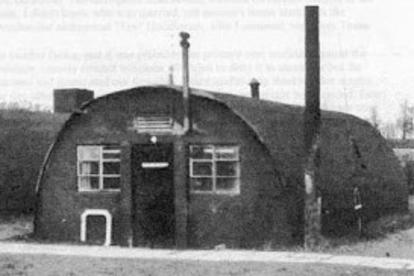 The 415 Squadron Association would like to thank Jim Main for sharing information and personal photos concerning his record of service as a Swordfish.  This story was developed following numerous phone conversations between Jim and Chris Henneberry.  Additional information was gathered from the official 415 Squadron history book titled “Swordfish – The Story of 415 Squadron” as well as the “East Moor Experience” written by Brian Shields. 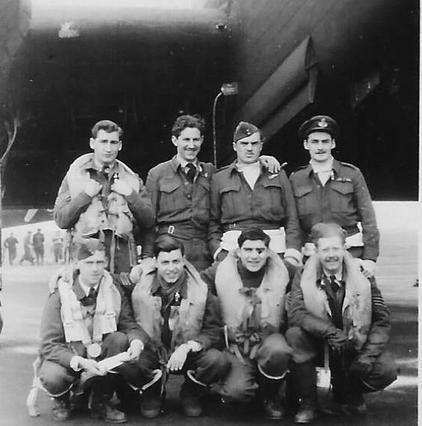 Jim recalls living in “nissen” huts located at East Moor Station, which could be very uncomfortable, particularly during the winter months.  Each hut had a stove, however the available coal was limited and it was not unusual for a fire to go out early in the night.  On one such occasion, Jim was sent out to scour for fuel.  It was normal to go to the local rail line and scoff some coal, but on this evening there were guards securing the coal pile.  Remembering that two aircraft had crashed on take-off that morning, he returned to the Station and decided to rummage around the crash site.  He found some pieces of magnesium from an incendiary bomb and brought them back to his hut and dropped them into the stove.  Very quickly the stove heated up and so too did the stove pipes.  In no time at all the stove overheated and started to melt.  Fortunately the hut didn’t burn, however, a replacement stove was urgently needed.  Jim fixed this problem by stealing a stove from an adjacent hut – he didn’t say whether or not that hut was in use. 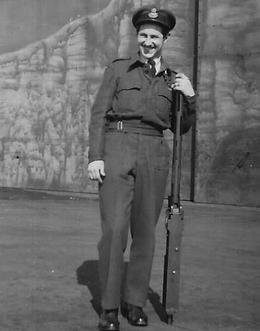 On their first operational mission, the Lindquist crew was part of a mass formation raid against Hamburg.  It was the 28th of July 1944 and the transit weather was miserable.   As the crew flew in and out of cloud at altitude, Jim, as upper gunner, called to the Flight Engineer to look up.  Their aircraft was heading approximately 110 degrees and at that moment a Junkers 88 appeared about 50 feet above heading almost the same direction.  Neither aircraft pilot had sighted the other.  Jim titled his gun forward and slightly up and began raking the Junkers.  He estimated he put between 500 and 600 rounds on the target.  As he stated, “I couldn’t miss”.  The Junkers flipped over and fell out of the sky.  The crew continued on its mission.  That night 63 allied bombers failed to return to base.

On Christmas Eve 1944, Jim flew his last operational mission as a member of 415 Squadron.  The target was Dussedorf’s Lohausen airfield.  During the mission, their aircraft was hit with flak but fortunately they only lost the use of one engine.  The weather was typically poor and as a result they made for RAF Foulsham, where a safe landing was executed.  Given the outcome of their missions, the crew was happy to spend Christmas with strangers as they relaxed and awaited the repair of their aircraft. 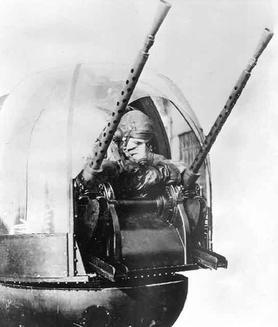 Jim Main was born July 4, 1922 in Toronto where he attended high school and earned a diploma in Bookkeeping.  He entered the work force just prior to the commencement of WWII.  Throughout his youth he took an avid interest in shooting and over time he acquired a small collection of guns.   It was, therefore, no surprise to his family that when tried to enlist in 1941 he asked to join the Artillery.  As things turned out, during his enlistment medical he was deemed medically unfit. Apparently during his teenage years his lungs had been scared from a bout of pneumonia.

He continued to work as a bookkeeper in Toronto until August 1943, when he once again tried to enlist but this time as an Air Gunner. He passed the enlistment medical and there was no mention of any medical concerns so he was promptly enrolled into the RCAF. His request to be an Air Gunner was unusual because most enrolees wanted to be pilots.  As a result, he was quickly processed and sent to the Manning Depot in Winnipeg.  Shortly thereafter, he undertook initial training at #3 Bombing & Gunnery School located at RCAF Station MacDonald, Manitoba.  This was followed by more Gunnery & Turret training at RCAF Station Mont-Joli, Quebec, where he proved to be a highly efficient gunner.

Once qualified as an Air Gunner, Jim was sent to Halifax, where in January 1944, he sailed to Southampton.  On arrival, he was transferred to the RCAF initial holding station at Bournemouth in southern England.  In very short order he was sent to RAF Topcliff in Yorkshire.  It was here that 6 Bomber Group concentrated its manpower, forming and training operational crews, which were then assigned to Canadian Bomber Squadrons.  Jim was assigned with five other Canadians to F/O Ed (Lindy) Lindquist’s crew.  For two months they trained together on Whitley and MK1 Halifax Bombers.  In late July 1944, after being declared operationally proficient, Lindy’s crew was assigned to 415 Squadron located at RAF Station East Moor and assigned aircraft MZ632 “W”.