The photos and documents below came from the collection of Len Hunt, an Electrical Technician with 415 Squadron during the war and were provided to us by Mrs Elsie Hunt, via Mr Derek Cooper in the United Kingdom. It is believed that Len Hunt served with 415 Squadron from 1942 until the end of the war. We were very appreciative to have received these historic images from Mrs Hunt.

In front of the Sqn Signal's Section. Len is the short chap in front and centre.

Squadron mates. Len is in the front to the right. 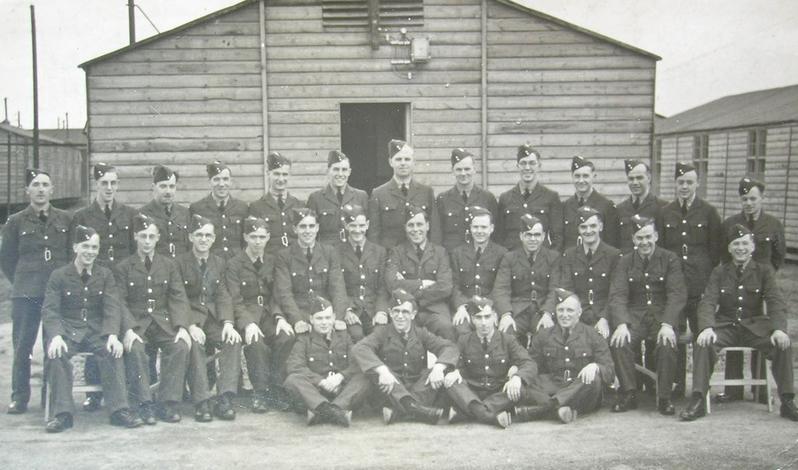 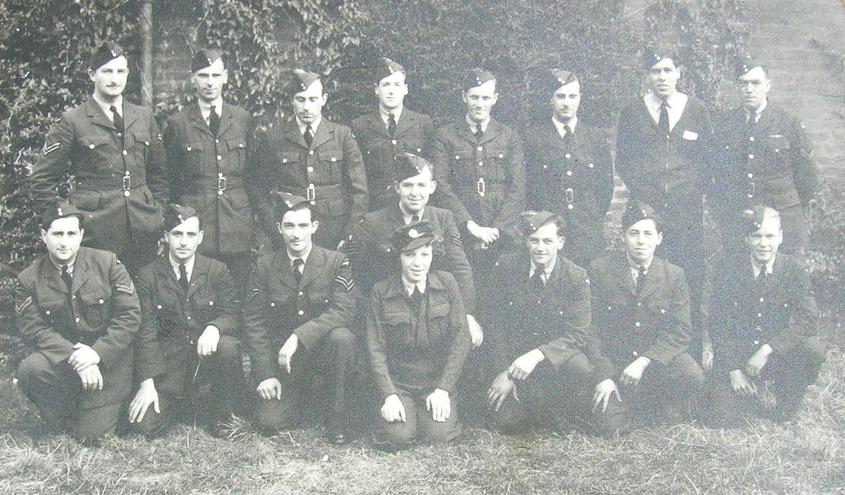 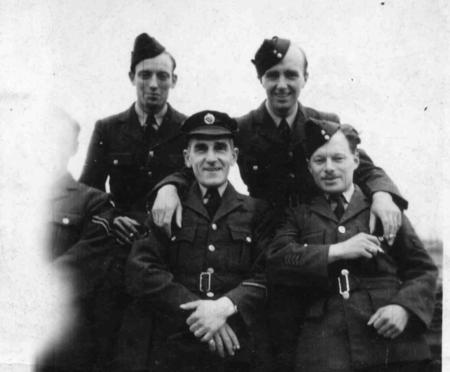 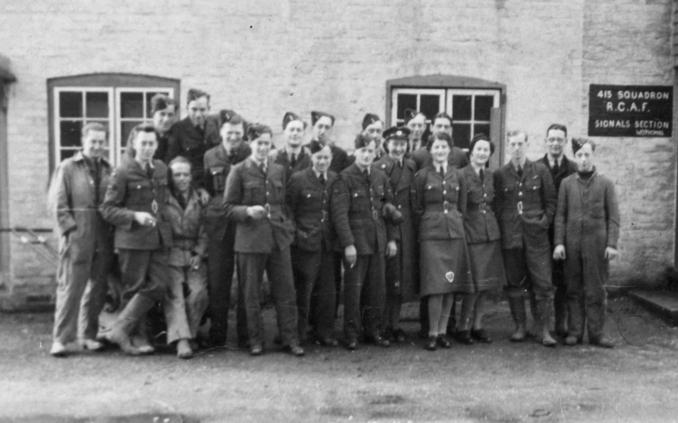 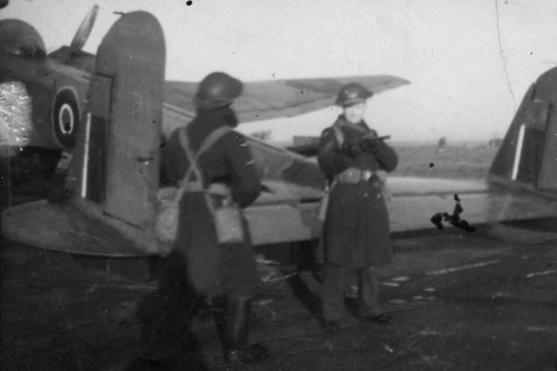 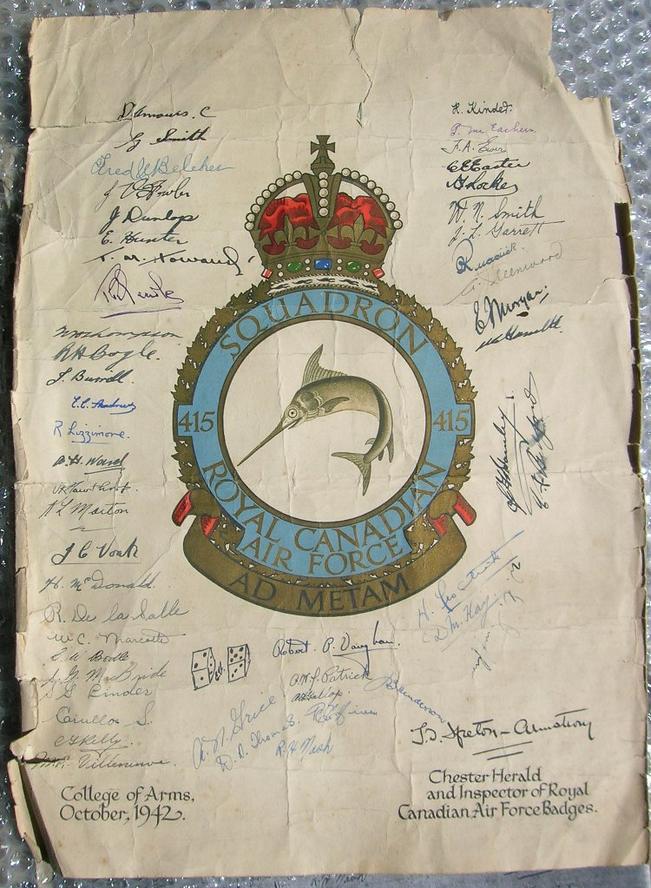 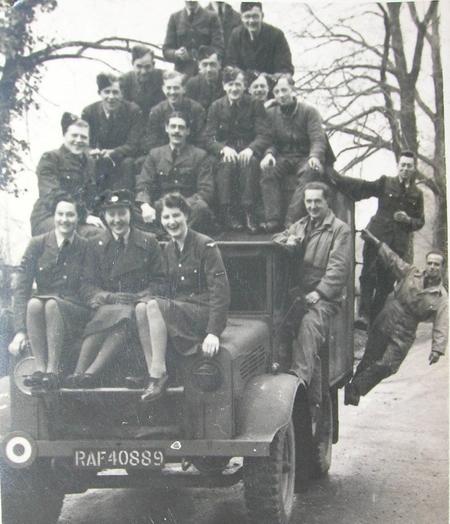