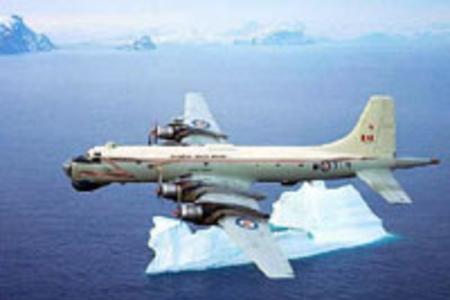 In June 1981, 415 Squadron began the move to its present home: Greenwood, Nova Scotia. This marked the end of an era as the Aurora replaced the Argus. It also marked the anniversary of the first 25 years of distinguished service to the crown and thus the Honourable John E. Shuffer, Lieutenant Governor of Nova Scotia, presented the Royal Standard to the Squadron on September 25. A "Swordfish" Reunion was held for the event, and was highly successful with the presence of over 400 ex-Swordfish.

As part of Air Command’s intent to re-establish a visible and united Air Force, it was decided to revert back to the original Squadron designators. For some time, it had been the custom to use the US navy prefix "VP" for maritime patrol squadron. Thus, on 23 July 1986, VP 415 officially became known as 415 Maritime Patrol (MP) Squadron.

Of significant interest was 415 (MP) Squadron's participation in OPERATION FRICTION. Iraq’s invasion of Kuwait in 1990 prompted Canada to send a naval task group to enforce the United Nation’s resolutions. 415 (MP) Squadron was tasked to support this task group during its work-up phase transit between Halifax and the Mediterranean Sea. The Aurora exercised the self-defense capability of the Canadian Task Group and provided surface surveillance. [memorial] In 1993, OPERATION SHARP GUARD brought crews from 415 (MP) Squadron to Sigonella, Sicily where they flew surveillance patrols in the Adriatic in support of the United Nation’s arm’s embargo of the Former Republic of Yugoslavia. The Squadron also participated in OPERATION ASSISTANCE, providing humanitarian assistance to the people of Manitoba during the great flood of 1997.

To mark the completion of 40 years of service, the Swordfish held a Forty-Year Reunion in June 1997. In commemoration of this event, a memorial was commissioned out of red granite and is dedicated to the memory of those who served with the Squadron. Its three sides represent the three eras of Squadron history: Second World War, the Summerside Argus years, and the present. The memorial is on display in the Squadron spaces in 11 Hangar at 14 Wing Greenwood.

[OPERATION APOLLO] More recently 415 (MP) Squadron participated in OPERATION APOLLO, deploying one Aurora crew to the Arabian Sea region in support of the American-led Campaign Against Terrorism (CAT) following the events of September 11, 2001. This deployment continued through 2002 and into 2003, maintaining a stellar mission completion rate of 97%. By summer 2003, with the mission objectives having been met, the Detachment was stood down. 415 MP Sqn’s personnel who participated remain proud of their contribution to stability in the Arabian Sea region.

As a follow on to OP APOLLO, the LRP community under the direction of 1 Canadian Air Division, developed a Squadron Vanguard posture for future potential Deputy Chief of the Defence Staff missions. Achieving the high level of readiness required for the Vanguard commitment was a tremendous squadron achievement and 415 MP Sqn assumed the first Long Range Patrol Squadron Vanguard responsibility, ready to deploy on short notice anywhere in the world.

[Aurora] In addition to all its operational commitments, 415 (MP) Squadron, with its four Aurora line crews, continues to support other federal agencies through activities in Search and Rescue, Sovereignty, Fishery and Pollution patrols, as well as supporting the Coast Guard and RCMP in counter narcotics operations off our shores.

In an ever-changing world, and despite ever-changing roles, 415 (MP) Squadron has always been ready to answer the Nation’s call with professional officers and airmen focused and ready for operations anywhere in the world. Whatever the job, 415 (MP) Squadron will carry on its long and proud traditions of remaining true to its motto "Ad Metam" - "To the Mark".

415 Maritime Patrol Squadron was officially stood down on July 29, 2005 and joined ranks with its sister squadron, 405, in another step towards Air Force transformation. It was stood up on 15 July 2015

[Hampden Crew] The Bristol Beaufort was never used operationally by the Squadron and was quickly replaced by the Handley Page Hampdens in 1942. The Hampdens flew both anti-U-Boat and anti-shipping patrols in the English Channel and the Bay of Biscay. It was on 21 April 1942 that 415 flew its first operational mission being an Air Sea Rescue and on the 29th, flew its first anti-submarine "Musketry" patrol.

On January 23, 1943 the official crest depicting a swordfish striking at its prey with the motto "AD METAM" - "To the Mark" had been approved by King George VI and was presented to the Squadron that still wears it proudly today! 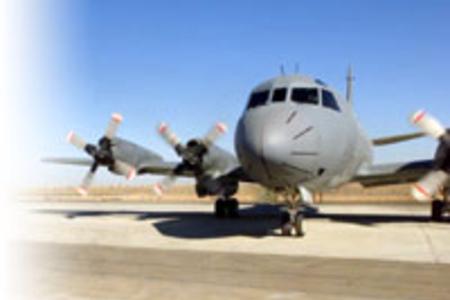 [Argus] While based in Summerside, 415 Squadron saw many changes in its roles and missions and operated from an ever-increasing number of deployment locations. In 1964, it assumed Search and Rescue duties for Maritime Air Command; early 70's marked the start of Fisheries and Pollution missions. Northern Patrols became more frequent to demonstrate Canadian sovereignty and provide surveillance in the north. Operation "MORNING LIGHT" took place on 24 January, 1978 which consisted of searching for the Soviet nuclear powered satellite whose debris were scattered over a wide area of the Northwest Territories. 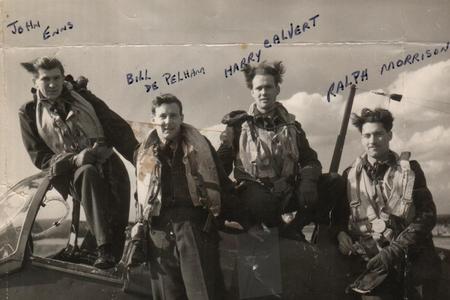 Four hundred and Fightin’ fifteen Squadron was formed on August 20, 1941 in Thorney Island, Hampshire, England as Canada's fourth Coastal Command and first Torpedo Bombing Squadron. The Squadron, under its first commanding officer W/C "Wally" Wurtele, received its first aircraft, the Bristol Beaufort, on September 2, 1941. Flight training began within a week and by October, 415 Squadron was also serving temporarily as an operational training unit for general reconnaissance and torpedo bomber crews. From its modest beginning, 415 Squadron developed a reputation as one of the finest, most professional Anti-Submarine Warfare Squadrons, and has demonstrated time and again that dedication and perseverance are the most effective weapons. 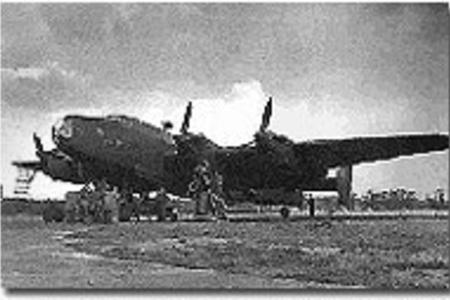 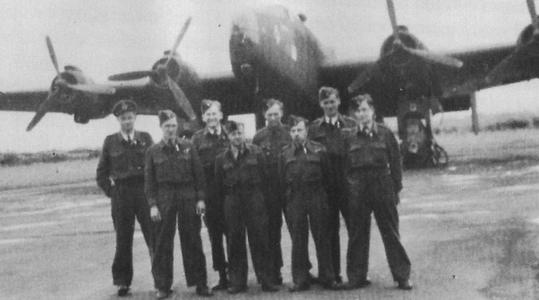 [Wellingtons] In September of the same year, 415 Squadron had a complete change of aircraft when the Vickers Wellingtons and Fairey Albacore biplanes replaced the Hampdens. The Albacores were the only biplanes to see combat with the RCAF during the Second World War and 415 Squadron was the only Canadian unit to use them. Both planes, having two different roles, were effective against E-Boats in the English Channel. The Wellingtons were employed to find the E-Boats while the Albacores were sent to attack them.

[Halifax Bomber] On 12 July 1944, 415 Squadron was officially transferred from 16 Group Coastal Command to 6 Group Bomber Command in East Moor, Yorkshire. The Squadron was re-equipped with the Handley Page Halifax which were used for its first bombing raid over Hamburg, Germany on the night of July 28, 1944. Within days of the European war ending, 415 Squadron flew its last operational wartime mission on April 25, 1945 against aircraft artillery and was subsequently disbanded on 15 May 1945.

After 16 years of absence, 415 Squadron was re-established under the command of Wing Commander "Sid" Mitchell at Summerside, P.E.I. on June 1, 1961 where it would remain for the next two decades. Always proud and ready to lead, the Squadron was quick to establish a Canadian endurance record with the Argus on July 26,1961, flying 30 hours and 20 minutes non-stop.