David Fox also gave permission for the Association to place a link to an e-copy of the book: https://drive.google.com/file/d/1J1HvUGkb5wFRaMiMweKsNYczBxvBLtUu/view?ts=5dab384a 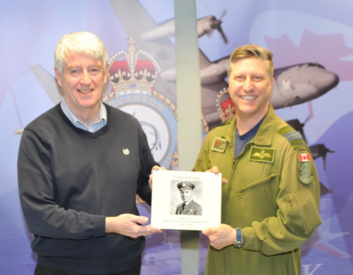 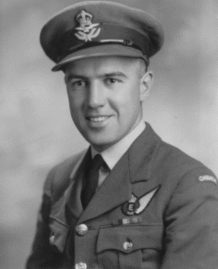 Frequently people reach out to the 415 Squadron Association to learn about the exploits of a family member, to ask questions about past operations or to share a story.  On occasion, the Association has been offered pieces of memorabilia or historical artefacts such as papers or photographs.  In October 2019, David Fox contacted the Association and offered to provide a copy of a book he had compiled concerning his father’s wartime service with 415 Squadron.

“Contact Port Outer” is the story of Flying Officer Wesley Fox’s wartime service in the Royal Canadian Air Force and specifically his time as a Swordfish.   Wesley served as the Flight Engineer on F/Lt Winmill’s Halifax Crew.   He joined 415 Squadron in July 1944 and remained on Squadron until it was disbanded on 15 May 1945.  He flew 28 operational missions and was one of very few Canadian Flight Engineers, as the vast majority who served on Canadian bomber crews were from the UK.

David Fox sent a copy of his book to the Association and asked that it be presented to the Squadron.  At a recent Squadron Briefing the Commanding Officer, Lieutenant-Colonel Ross Freeman, accepted the book on behalf of the Squadron.   There were about forty members in attendance and he encouraged them to take the time and read about Wesley's contribution.  For the foreseeable future, the book will be kept on display in the Squadron library.