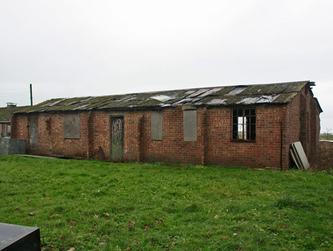 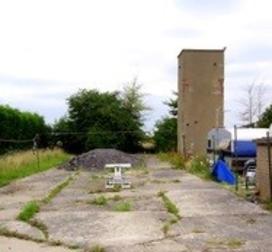 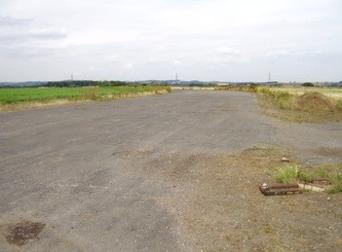 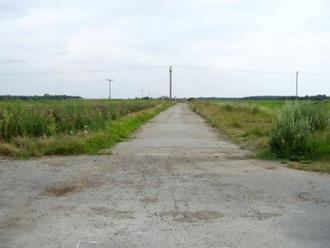 Briggs bricks are common bricks which are uniform in color - mostly orange, pale orange and light brown.  The surface of the brick is sanded, rough, and uneven, with minor rounded red chert pebbles and sub angular to sub rounded black iron up to 1/8 inch across, and pits ranging up to 1/2 inch across. Some bricks display transverse cracks. The lip along the top edge is normally irregular and up to 1/4 inch thick.  Where the surface isn't weathered, a distinguishing feature of fine brush strokes usually in the longitudinal direction is visible on the sides and ends, but the brush strokes may be transverse or diagonal as well, with multiple directions on the same side. The top face is usually marked with large pits and deep longitudinal grooves, some more prominent than others. These brick are made using the hand-moulded, sand-struck, soft-mud process. The brick size is normally: Length 7 7/8 - 8 1/4, width 3 1/2 - 4, height 2 1/4 - 2 1/2 inches. 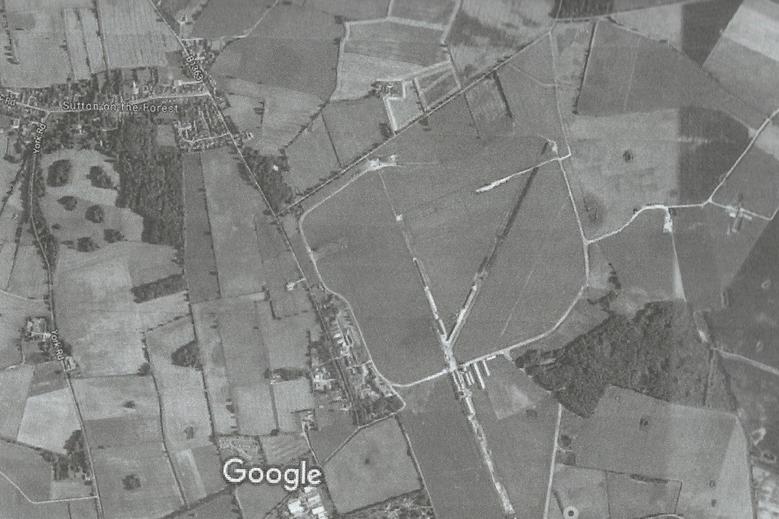 Assigned to RAF Bomber Command No. 4 Group, the East Moor airfield opened in mid-June 1942 with one resident squadron – 158 Squadron RAF flying Halifax B.Mk.III aircraft.  In October 1942 the airfield was assigned to No.6 Group (RCAF).  158 Squadron was reassigned and the newly formed 429 Bomber Squadron commenced operations in November 1942 flying Wellington B.Mk.III aircraft.  429 Squadron was moved to RAF Station Leeming in August of 1943. East Moor Station then became to No. 1679 Heavy Conversion Unit, which provided training for three RCAF Squadrons that were to fly the radial-engined Avro Lancaster Mk.II.  In December 1943, No. 1679 HCU was moved to Wombleton, Yorkshire.  In September 1943, 432 Squadron RCAF converted to Lancaster Mk.II aircraft at East Moor, and for several months flew that type on Operations from East Moor.   As a result of chronic shortages of Lancaster B.Mk.II aircraft, in February 1944 432 Squadron was converted to Halifax B.Mk.III aircraft.  In Late July, 1944, 415 Squadron was transferred from Coastal Command to No. 6 RCAF Group and re-located to East Moor Station, from which it flew operational missions with Halifax B.Mk.III aircraft.   Both 415 and 432 Squadrons remained the sole occupants of East Moor Air Station until their last bombing operations on April 25th, 1945. Both Squadrons were disbanded at East Moor Station in May 1945. After the departure of the RCAF Squadrons from East Moor, RAF No.54 Operational Training Unit occupied the airfield for about one year before moving to RAF Station Leeming.

In 1946, the airfield was closed to flying activities, and all operating surfaces were allowed to slowly disintegrate. The hangars and many of the support and barrack buildings were sold and moved.  Over the past seventy years the site has slowly reverted to agricultural use.  A trailer park and some light industry now occupy the former maintenance areas of the airfield.

In 1990 the Sundial Cairn was installed at the Sutton-on-the-Forrest village “pound”.  With the cooperation of the Village, veterans of 415, 429 and 432 Squadrons purchased and erected the memorial cairn.  At that time much of the East Moor site was found to be overgrown, runways were partly destroyed, and the perimeter track was in poor condition.   However, a number of airfield buildings and structures survived in varying states of disrepair.  While wartime construction methods typically involved the use of "temporary materials" for many building types, there were a few buildings built with brick.  By 2000 all those located within the perimeter had been torn down.  Now all that remains are small piles of rubble.  One of these “briggs” bricks was presented by a Swordfish veteran, Doug Sample, at a Squadron Mess Dinner in 1999.  This brick is now displayed in the Squadron spaces. 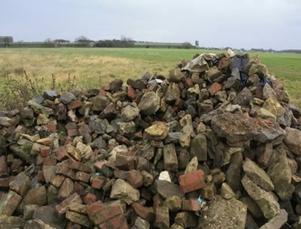 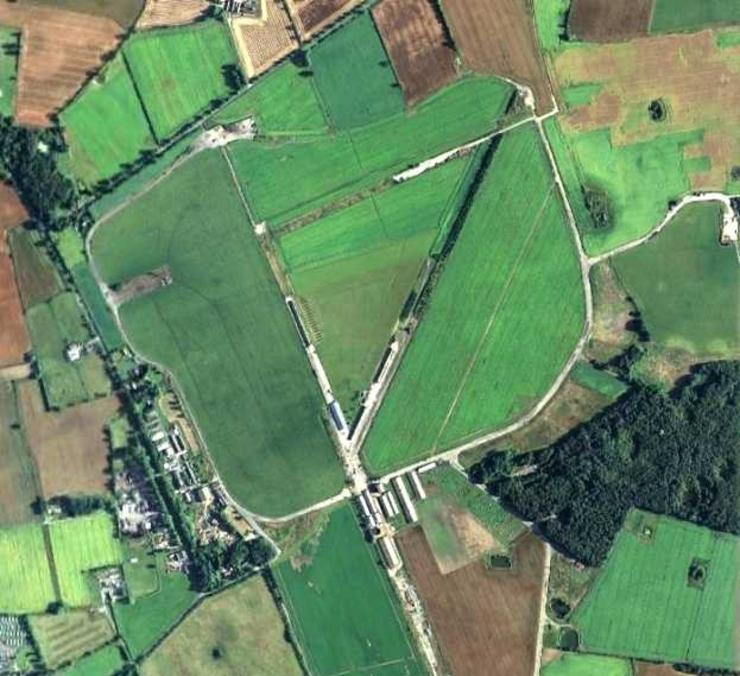 The East Moor Air Station was built to the immediate south-east of Sutton-On-The-Forrest, a village located approximately seven miles north of the City of York. The airfield was constructed in 1942 to the standard Class-A bomber pattern of the period, on an area once occupied by East Moor Farm.   The farm buildings were demolished and three concrete runways were constructed: 17-35 was 5,700 in length; 04-22 was 4,500 feet; and 08-26 4,300 ft.   A perimeter track around the airfield led to 36 pan type aircraft hard stands.  Three T2 hangars and a Watch Office for bomber satellite stations were constructed.  A technical site was positioned to the west of the airfield.  Shelters, support buildings, accommodations and messing facilities for over 2,500 personnel were spread across the south-west corner of the airfield.  In addition, Sutton Hall in the village provided additional accommodation.