For the ﬁrst time since its reformation in June 2015, two current members of 415 (Long Range Patrol Force Development) Squadron, Major Angie Thomas and Captain Jocelyn Gaudette, traveled to the small village of Sutton-on-the-Forest, North Yorkshire, United Kingdom; over the Victoria Day long weekend to attend a memorial service held in remembrance of the 640 aircrew who ﬂew out of the nearby airﬁeld, never to return. 415 Squadron was based out of Royal Air Force (RAF) Station East Moor from July 1944 to May 1945, when it was disbanded. With almost 1,800 Canadian and British service personnel stationed at East Moor through the height of the war, a signiﬁcant presence was felt throughout the town and members were soon considered “family.”

The village war memorial was built in 1990, thanks to Canadian veteran aircrew and ground staff.  Originally organized by veterans themselves, the Parish Council has since taken over the responsibility of organizing the event, which attracts many residents from the region despite the sometimes inclement weather. Three members of 429 Squadron also took part in the visit, which, in addition to the family memorial service, included a tour of the local school and a church service. Throughout the weekend, the ﬁve RCAF members had the opportunity to engage with the residents of the village, who once again expressed their deep gratitude for the continued Canadian presence at the ceremony. Some residents recalled members of the Canadian squadrons, and shared their stories of friendship, mischief and respect.  During the ceremony, Thomas addressed the assembled crowd: “They say that our true families are those that surround and support us when no one else does.  For the young men from our home squadrons who found themselves sent across the great ocean to ﬂ y in foreign lands, they found just that - a family.  Hundreds of men travelled miles from Canada to assemble here, night after night, to climb into their bombers, not knowing if they’d make it back.  They arrived here not quite certain of where they were going or what they were about to face, leaving their parents, friends and sweethearts behind. Far away from home, it was the people of Sutton-on-the-Forest that supported them…. It was you that became their community and their normal life between bombing missions. And even today, you continue to gather to remember them. “Thank you for supporting our heroes when we couldn’t: they were truly blessed to have found such a wonderful family. And thank you for allowing us to join you today in remembering their sacriﬁce.”

415 Squadron cherishes this special relationship with Sutton-on-the-Forest and hopes to continue this tradition for many years to come. 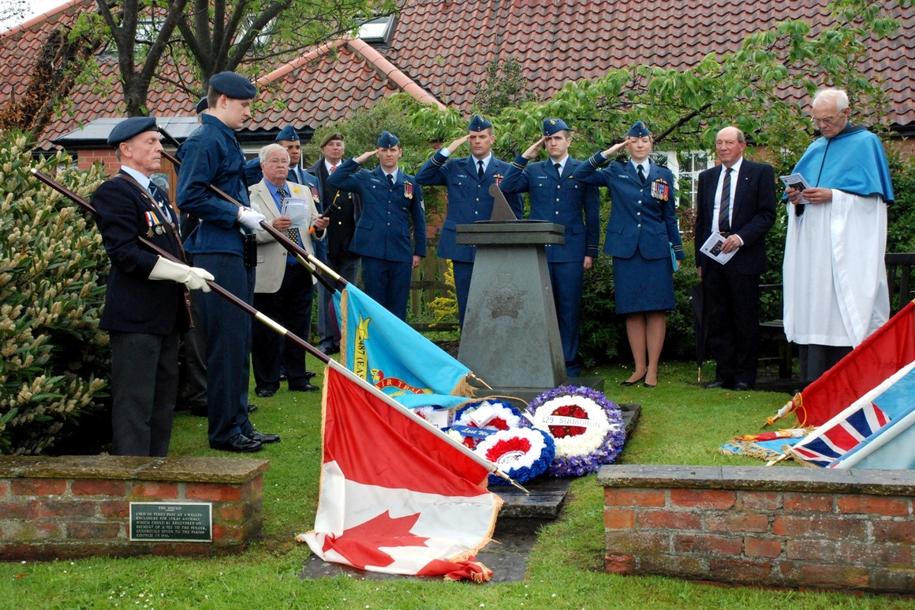 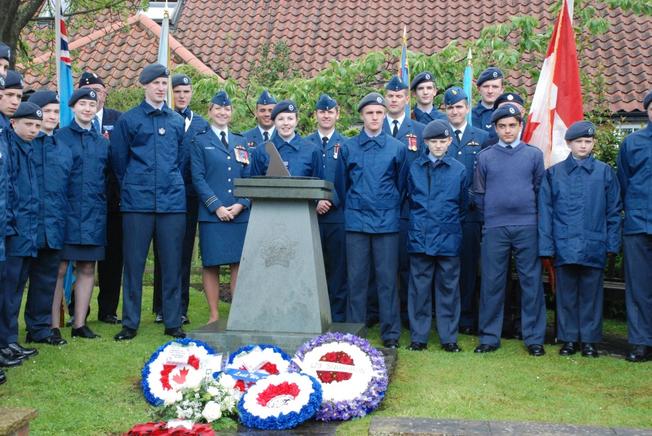 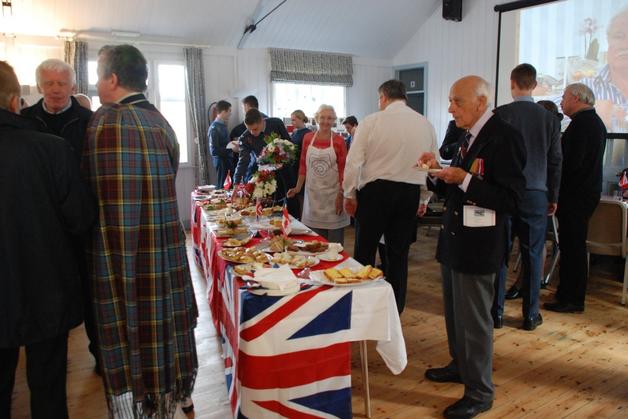 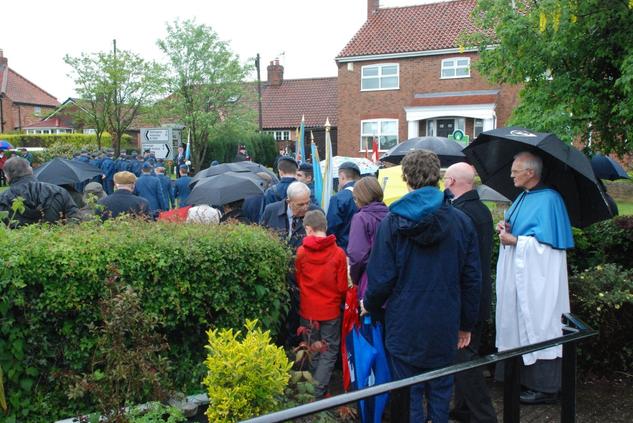