Flight-Lieutenant Bob Connell was the initial Argus Crew 2 Commander.  He was a prominent force in the re-formation of 415 Squadron during the years 1961 to 1964.  Following his 415 tour, he served as an Argus instructor and was subsequently posted to 437 Squadron where he flew 707s.  In the late 1960s, he chose to leave the Canadian military and he joined WARDAIR.  He went on to have a long and successful civilian flying career.

Bob passed on 8 March 2019 following an extended period of illness.  He married late in life and leaves his wife Bethenia and step-daughter Sarah.  Kincardine Cemetery will be his final resting place.  A celebration of life will take place in the Spring.

Ron K MacDonald remembers that "Bob was a unique individual and pilot.  He was born to fly and did so throughout his working life.  I first met him when he was with 415 Sqn in Summerside.  He was known to be always available to fly (burn off some of those Argus hours prior to scheduled maintenance).  He was assigned to Transport Command in the late 60's (707s). I am not aware that he ever had a "ground job"; if so it must have been brief.  He attended the Neptune dinner in Ottawa a number of years ago and was a regular attendee at the RCAF charity dinners through his close association with Trentonian friends.  PER ARDUA AD ASTRA". 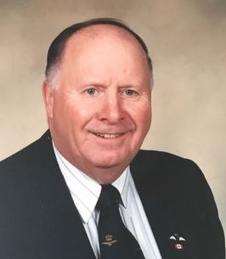 Barry Hunter remembers that "a few days after arriving in Summerside PEI in 1962, as a brand new Flying Officer, I was introduced to him.  It didn't take me too long to realize that I had met a caring and genuine gentleman.  A few months latter after I completed the Argus course I was delighted that I was assigned to his crew.  With several other newbies on his crew, Captain Bob quickly moulded us into a very proficient operational and harmonious team.  Bob was devoted to flying both in the RCAF and civilian airlines and consequently he leaves behind countless lifelong friends.  Bob's generosity in support of many charities was just another one of his outstanding characteristics.  He may have passed but our times together will not be forgotten.  RIP CAPTAIN."

Bob will be fondly remembered by all Swordfish.