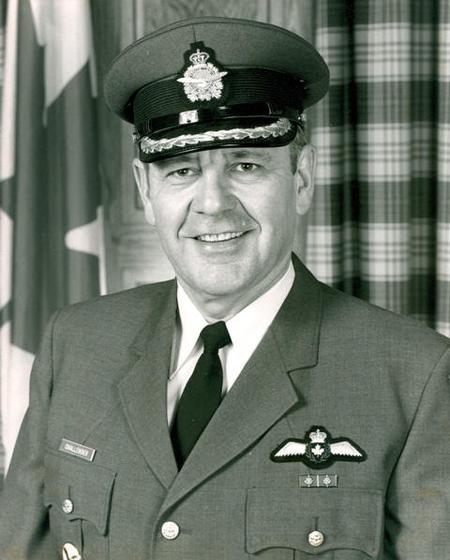 After cross training to pilot, Capt. Challender received his pilot wings at 1 CF Flying Training School (Gimli) in 1969 and was posted to VS880 (Shearwater)  on CS2F Trackers.    In 1973, after promotion to Major, he joined 415 Squadron (Summerside).  In 1976 he completed the Royal Navy Maritimes Tactics Course (Dryad) and returned as Base Ops Officer (Summerside).  He then served on the staff of the Commander Iberian Atlantic (Estoral, Portugal) and in 1980, posted to CF Command and Staff College (Toronto).

In 1981, Major Challender was posted to Comox to attend the Continuous French Course, then 407 Squadron.  After promotion to LCol in 1984, he went to Air Command HQ until 1987 when he became CO of 415 Squadron (Greenwood).  In 1989, he was appointed as Senior Staff Officer Fixed Wing, Maritime Air Group (Halifax).

LCol Challender returned to Comox as Wing Operations Officer in 1991.  He was invested as an Officer of the Order of Military Merit in 1992.  After promotion to Colonel in 1993, he became Commander, Maritime Air Group Headquarters Pacific (Victoria).

On 15 November 1995 he retired from the Regular Force and joined the Supplementary Reserve until 10 April 2005.

In retirement, John has remained active in the Comox Valley Rotary.  Also, as a long time member of the Opimium Society, he has extensive experience in the wine industry, and as such, has participated in many aspects as a consultant.