Born in Montreal, Michel Bourduas completed high school at Collège St‑Paul and post‑secondary studies at CEGEP Édouard-Montpetit where he obtained his Diplôme d'Études Collégiales in Aeronautics Technology in 1972. That same year, he enrolled in the Canadian Forces and was admitted to Collège Militaire Royal de Saint‑Jean, graduating in May 1976 with a Bachelor's Degree in Administration.

After having attended the Canadian Forces Staff College in Toronto from August 1985 to July 1986, Lieutenant-Colonel Bourduas was transferred to National Defence Headquarters, Ottawa as Career Manager Personnel Careers Officers, (Pilots). He was promoted Lieutenant‑Colonel in July 1988. In August 1990, he was appointed Commandant, Canadian Forces Management Development School at CFB Saint‑Jean. In July 1993, Lieutenant-Colonel Bourduas assumed command of 415 Maritime Patrol Squadron based at 14 Wing, Greenwood, Nova Scotia. He was appointed Wing Operations Officer, 14 Wing Greenwood, in July 1995. In July 1998, he returned to the Canadian Forces College in Toronto as a member of the Directing Staff. He was transferred to the Headquarters, Air Education and Training Command of United States Air Force in Randolph Air Force Base, San Antonio, Texas as the CF Air Liaison Officer in 2001.

In July 2004, he was posted to NDHQ, Ottawa, at the Directorate Cadets and Junior Canadian Rangers and assumed the position of Director Cadets 2 – Coordinator and Senior Staff Officer Air. He retired from the Regular Force in June 2006 and took up a Reservist position within the same directorate.

Lieutenant-Colonel Bourduas is married to Ginette Martel and they have a son, Eric. 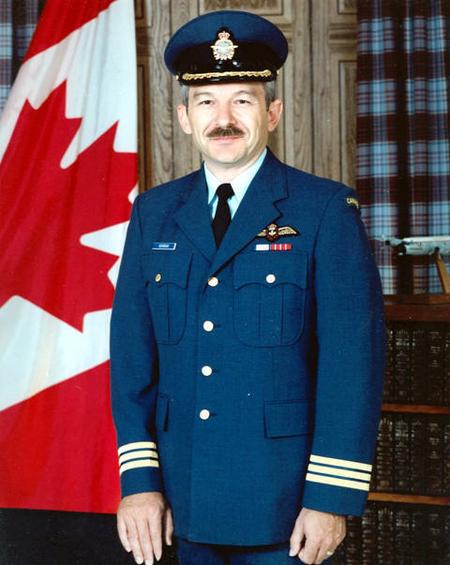