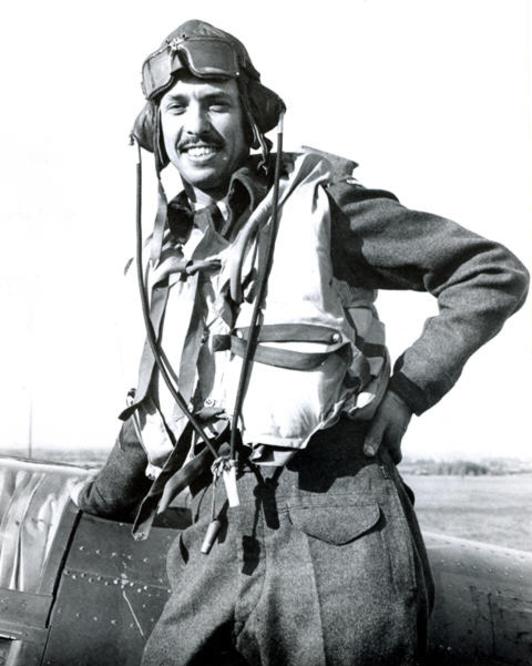 Born in 1912, Wilfred Bean was raised in Kitchener-Waterloo.  He graduated with a BA in Political Science and Economics from the University of Western Ontario in 1934.  He enlisted at Hamilton on 15 May 1939.  Promoted to Flight Commander, he earned his wings on 20 October 1939.  Wilfred was initially assigned duties in Canada.  He was sent overseas on 29 July 1941 and told that he would be assigned to a new Canadian squadron, which would be assigned to Coastal Command.  He was given an aircraft to ferry to England.  He was accompanied by another aircraft flown by Flight Lieutenant Dennis, who would be joining him as a member of 415 Squadron.  After a successful transfer they travelled to Thorney Island arriving on the same day, 20 August 1941, which the Squadron was formed.  Wilfred was an original Swordfish.

On 1 February 1942 Wilfred completed his conversion training on the Hampden and he was promoted Squadron Leader and designated “A” Flight Commander.   He completed his first operational tour and was immediately promoted to Wing Commander reliving Wing Commander Dennis on the 11 November 1942.  On completion of his tour as Commanding Officer, he was repatriated to Canada.

During the 50s Group Captain Bean commanded RCAF Station Centralia and Air Material Command.  Promoted to Air Vice-Marshall, he became the Assistant Chief of Staff at CFHQ.  In 1965 he became Chief of Staff at 4th Allied Tactical Air Force at Ramstein, Germany.  He retired on 18 March 1968.  In 1970 he joined the administrative staff of Guelph University and served as Vice-President Administration before retiring again in 1976.  He stayed in Guelph and passed away on 18 October 2001, at the age of 89.