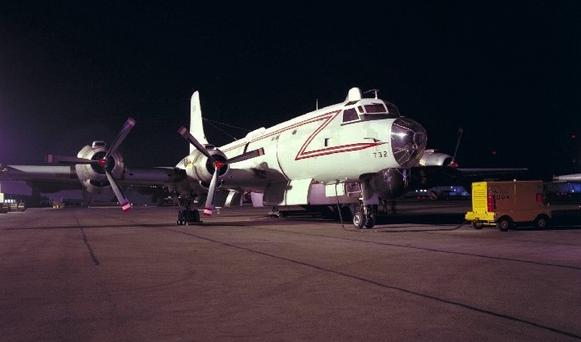 Sometime in early 1973, a gentleman named Robert G. “Bob” Sparks, a musician/singer/dancer, who later in life was the Entertainment Director of the Mount Airy Casino in Pennsylvania, wanted to complete a daring stunt.  He began planning to become the first person to cross the Atlantic Ocean in a hot air balloon.  He had taken his first hot air balloon ride in 1966 and by 1970 he had earned his balloon pilot certificate.  Two years later he earned his balloon gas rating as well.  His first balloon was different from others in that it had a black exterior and a bright aluminum coating on the inside.

On a cold January morning in 1971, Mr. Sparks was surprised to find that the sun had warmed the balloon sufficiently to fly, continuing for 25 minutes without the use of the gas burners.  He subsequently had a balloon constructed specifically to maximize the use of solar energy. Additionally, he completed a number of flights utilizing helium.   With the experience he had gained in ballooning he decided he was ready to plan his flight across the Atlantic Ocean.  Mr. Sparks decided he would utilize a balloon designed to use both hot air as well as helium.   As an added safety measure, he constructed his gondola to function as a boat, should it be needed.

Mr. Sparks decided to commence his adventure on August 8, 1973.   By all accounts his balloon called the Yankee Zephyr had a normal departure as he set off from Bar Harbor ME to attempt his Atlantic crossing.  You can watch his departure by viewing: https://www.youtube.com/watch?v=XK-xHJ9TiwY

Forecast winds were to carry him east-north east across Nova Scotia, Newfoundland and onwards over the Atlantic.  In the vicinity of Cape Breton Island, Sparks began to enter a weather system that included significant cumulonimbus (CB) activity.  Repeatedly the balloon was lifted upwards by the CBs.  His balloon would vent hot air/helium at the top, and he would then descend.  Each time he would replenish his helium, only to have it gone again, as he moved across Newfoundland.  Mr. Sparks’ voyage came to an abrupt end when his gondola splashed down in the Atlantic.  At splashdown he was located on the 050 radial of the Torbay/St. John’s VOR at 40 nm.  Most of this wild balloon ride had taken place at night, including the splashdown.

Mr. Sparks had been in contact with Air Traffic Control and had advised them of his predicament and the probability that he would have to ditch.   Air Traffic Control contacted the Rescue Coordination Centre in Halifax, which dispatched a 413 Squadron Buffalo Search and Rescue aircraft from CFB Summerside (CYSU), PEI to assist.

Crew 2 of VP 415 was the standby crew that night.  They were all at home tucked into their beds when the 413 Squadron aircraft departed CYSU.  Rarely was the standby crew called upon, particularly in the middle of the night.  Captain Jim Guild was the VPCC, with First Officers Lieutenant Mike Doiron, and Lieutenant Pierre Allard.  Captain Wade Envik was the TACCO, along with navigator Captain Wes Bridgen, plus Flight Engineers Sergeant Ralph Arsenault and Sergeant Eric Weatherbie.  The rest of the crew member names are not readily available.  (Perhaps someone who reads this story will forward the missing names).

Standby readiness required that the designated crew be airborne within two hours of a call-out.  The call came in the middle of the night.  Crew 2 arrived at CFB Summerside Base Operations shortly after the call.  They were briefed and went airborne with Argus 10733 within the two hour limit.  The briefing contained the pertinent details advising that the 413 Buffalo was on station but was starting to be concerned about fuel.  Additionally, the CCGS Sir Humphrey Gilbert was about to depart from St. John’s to pick up Mr. Sparks.  Crew 2 departed CYSU with full fuel and went as fast as the old girl would safely permit, which was about 280 Kn.  They received clearance to fly direct to St. John’s and radar vector assistance to the search site.

We arrived in the area and received a briefing from the Buffalo crew.  They had apparently found Mr. Sparks during the night, floating in his very well constructed gondola, the balloon still attached, stretched out almost horizontally and still partially inflated.  The Buffalo crew had directed him to cut the balloon loose, but Mr. Sparks was reluctant to do so because of the cost of replacing it.  The Buffalo crew advised him that the wind was carrying him at a rate which would result in the Sir Humphrey Gilbert reaching him probably in the vicinity of Iceland.  The balloon was released.  The Buffalo crew then departed for St. John’s for fuel, and then on to Summerside.  We took over the rescue scene.

We were in the first couple of hours of daylight and had great visual contact with Mr. Sparks and his gondola.  We set up doing a circle around him similar to a MAD pattern at about 500 feet and began communicating with Sir Humphrey Gilbert. Winds were moderate with significant sea swells.  Sir Humphrey Gilbert was still several hours away from the scene.   Inevitably, as time wore on, fog began to roll in and the winds began picking up.  The swells were increasing in size, and Sir Humphrey Gilbert had us on radar, but not the gondola.  We descended to 400 feet then 300 feet in order to maintain visual contact, ultimately resulting in us changing to a thirty second, into wind racetrack pattern.  As we turned inbound off the racetrack, our nose observer would call visual and we would fire a smoke marker from the retro system.  After half a dozen patterns, we had multiple smoke markers in the water, downwind of the floating gondola to guide us through the turn to the inbound leg of the racetrack pattern. We continued these patterns for the next couple hours as the weather worsened.  For the last hour or so, we had to descend to 200 feet to keep visual contact with Mr. Sparks.  It was always comforting to have seasoned Flight Engineers, who would aggressively maintain the desired airspeed during the low altitude maneuvering, significantly decreasing the pilot work load and allowing us to keep “eyes out” of the aircraft.

When Sir Humphrey Gilbert got to within about 10 miles of us, and still didn’t have radar contact with the gondola because of the sea state, we began calling “on top” each time that we passed over Mr. Sparks.  Once the Sir Humphrey Gilbert was within a couple miles of the gondola, she began getting radar contact with the gondola.  We climbed a bit and circled the area until we saw the ship pull up beside Mr. Sparks.

We wished them a good trip to St. John’s and back to Summerside we went knowing the crew had performed well and were able to be a significant part of the rescue of Mr. Sparks. We were airborne for 9.5 hours that day, which, by Argus standards, was a relatively short mission.  The story made the 11pm CBC News that night. Reports stated that Mr. Sparks had suffered from significant hypothermia.  Mr. Sparks’ personal account of the ordeal states that he thought he was near death from exposure and hypothermia.  He had been on the surface for six or seven hours. Two days after the event, Mr. Sparks obtained my home phone number in Summerside, and called to thank us for our assistance.  Several years later, National Geographic did a story on Trans Atlantic balloon attempts, and it shows Mr.  Sparks ditching location.

Mr. Sparks continued his balloon flying passion, becoming the first to cross all five Great Lakes by balloon in 1975, and holds nine official world records in balloons he either helped design or build.   He has worked for the FAA as well as the Soviet/Russian regulatory body formulating ballooning regulations.  He was inducted into the U.S. Ballooning Hall of Fame in Indianola, IA in 2016 and lives in Slatington Pennsylvania. 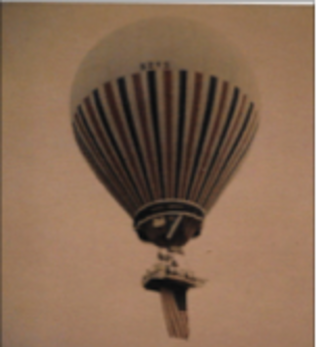