The 415 Squadron Association wishes to thank Neil Simon for sharing this photograph, which will now be kept as part of the Squadrons historical record. Neil stated that his father passed away in 1993.  Apparently he shared many stories about his experiences in the RAF and spoke with great sadness of the friends and comrades that he lost during that time.  Neil and his family can rest assured that his father, Micheal Simon, will be remembered. .

Neil Simon of Manchester, UK recently provided this photograph, which was not previously held, in the 415 Squadron photo collection.  His father, the late Micheal Simon, served as a member of 415 Squadron B Flight Ground Crew and is located fourth to the right in the second from the top row in this picture. The photograph was taken at RAF Tain, Scotland in August 1942.

At the time this photograph was taken, 415 Squadron had two Flights A & B, which were involved in daily flying operations.  Each Flight included their respective Aircrew and Ground Crew. There was also a Headquarter "HQ" Flight, Maintenance "M" Flight and Armoury Section.

The Squadron records indicate that on 31 August 1942, there were 206 RCAF Airmen and 177 RAF Airmen on strength.  With the exception of the Aircrew, we do not hold complete personnel lists. Therefore the Association does not have a list of the names for the Ground Crew of "B" Flight.  Nevertheless the photo tells us that there were approximately 50 Ground Crew in each operational flight. 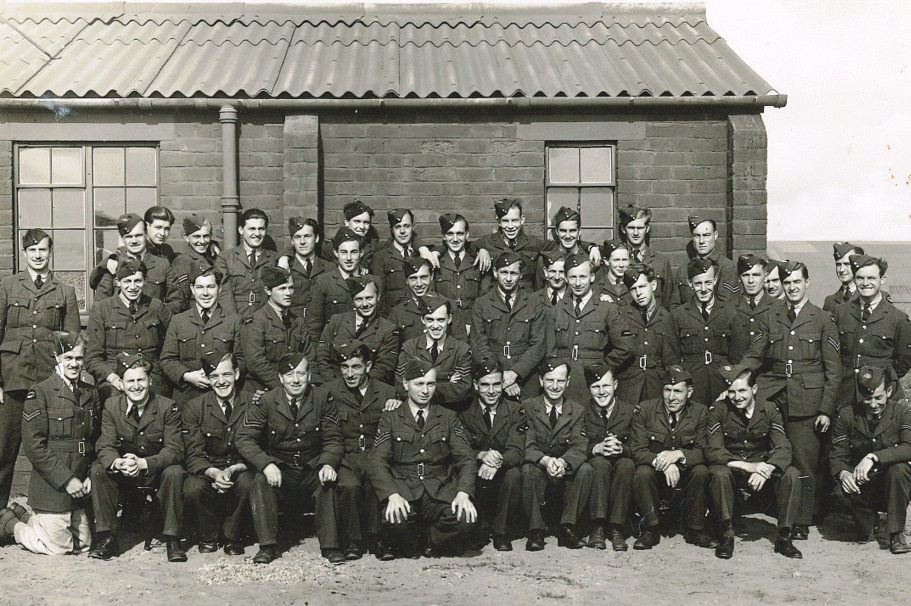