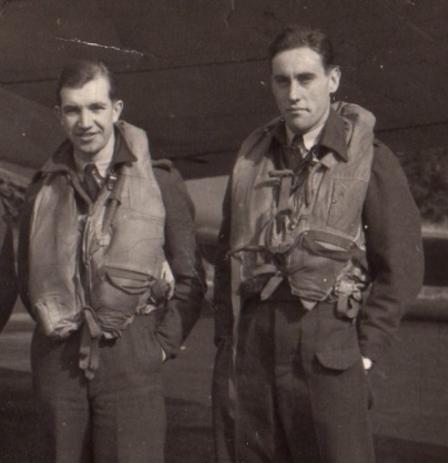 The above photo shows five of the original Crews of 415 Squadron Albacore Flight. Navigators are located in the first row and pilots in the second. The photo was taken in October 1943 at Manston Kent. The five crews are numbered from left to right. 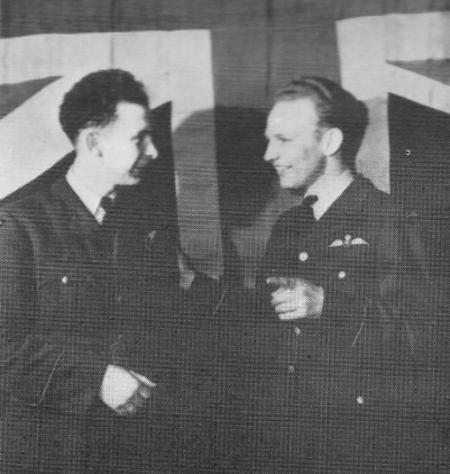 Swordfish - The Story of 415 Squadron - recalls that in September 1943 part of the Squadron began conversion training on Fairey Albacores. Six crews were sent to RAF Manston to commence training with 841 Squadron, which was a land based Royal Navy Fleet Air Arm Unit. 841 Squadron’s aircraft assets, which included +12 Albacores and 3 Fairey Swordfish, were transferred to 415 Squadron in November 1943. This left 415 Squadron as the only Allied operational unit flying bi-planes. In April 1944, the Albacore Flight was moved to Thorney Island and the number of aircraft was increased to twenty. A comprehensive article on this era of the Squadron has been written by Mr. Andrew Thomas.

Crews consisted of two personnel, a pilot and navigator. Information, including crew photos, has been gathered through multiple sources. Every effort has been made to ensure accuracy in the reporting of 415 Squadron Albacore crews. Any errors or omissions that may be found in the information listed below are not intentional. The 415 Squadron Association would be pleased to receive any input, including additional crew photos, which would enhance the accuracy of this record. 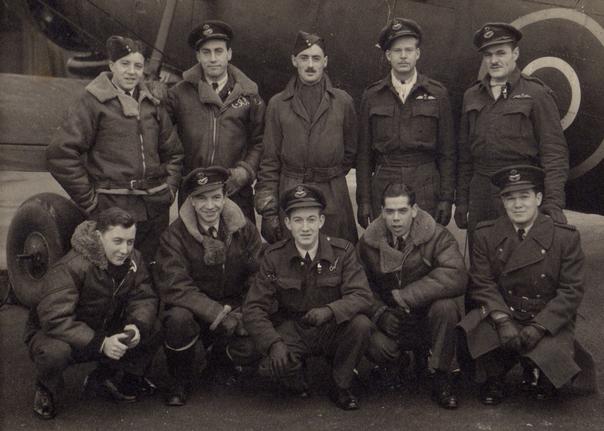