Robert (Bob) A. Morrison was born in1938 and spent his early years in Cambridge Ontario.  In 1956, he joined the Royal Canadian Navy directly from high school through the Venture Plan.  On graduation in 1958, he proceeded to Pensacola, Florida where he received his pilot training with the US Navy.  On receipt of his wings in 1960, he was posted to VS 880 where he flew the CP-121 Tracker from the carrier HMCS Bonaventure.  The years that followed brought an exchange tour to a US Navy carrier squadron in Norfolk, Virginia, a staff tour at the Air Crew Division in Shearwater and a tour at the Maritime Warfare School in Halifax.  In 1968, he was promoted to the rank of Lieutenant-Commander.

Lieutenant - Colonel Morrison first joined the VP community as a member of 404 Squadron in 1970.  This was followed by a tour as Chief Pilot Instructor at the Operational Training Unit, which was then VP449.  Following this tour, he attended in quick succession French Language Training, Staff College and a tour at NDHQ.  He returned to Greenwood in 1978 and flew with VP 405.  On promotion to Lieutenant-Colonel in 1980, he was posted to the Canadian Forces Command and Staff College and served as a member of the Directing Staff.  In July 1983 he assumed command of 415 Squadron.
Following his command tour, Lieutenant-Colonel Morrison became the CFB Greenwood Base Operations Officer.  He retired from the Canadian Forces in 1988.  Bob currently lives near Yarmouth, Nova Scotia. 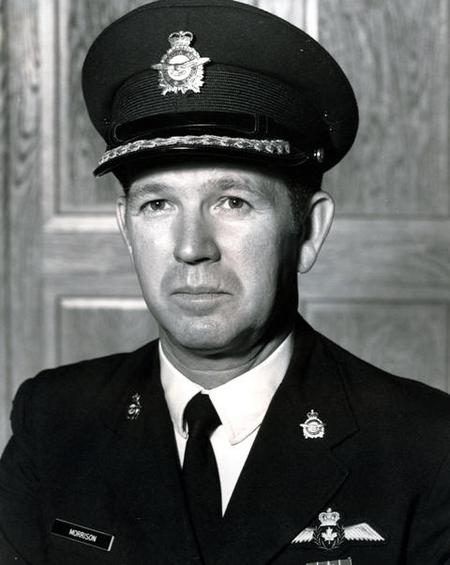