A few years ago the Honourable Laurie Hawn, retired Lieutenant-Colonel and former Member of Parliament for the riding of Edmonton Centre, contacted our Association to advice us that he had come across a headstone for Flying Officer W. L. MacKay of 415 Squadron. Interestingly the headstone was located in Tamsui, Taiwan.  The stone recorded William had been buried at sea.  This was quite a surprise to the Association, as the entire crew of which William was a member were lost in a crash south of RAF Station Thorney Island.  They were lost at sea, not buried at sea.  So why was this headstone erected in Tamsui, Taiwan?

At the time Laurie was on a government mission to Taiwan and he had decided to visit a special memorial that had been set aside to honour the memory of George Leslie MacKay.  The memorial was located in a cemetery adjacent to a school, which George had established in Tamsui.  A truly remarkable Canadian historical figure, George Mackay was the first foreign missionary to be commissioned by the Presbyterian Church of Canada.  He was sent to China and eventually arrived in northern Formosa (now known as Taiwan) on New Year's Eve, 31 December 1871.  Initially he spread the gospel as an itinerant dentist.  He spent the majority of his adult life in Formosa, which remained his home until his death in 1901.  His lifetime achievements, which included the building of churches, schools and hospitals, were a true testament to his love for Taiwan and its people.  He is one of their best known and most loved expats.  Over time a family memorial garden has grown around the memorial to George MacKay, with members either interned or remembered.  As William was the grandson of George MacKay, the family decided to place a lasting tribute to him in this very special place.

F/O MacKay was one of the early members of 415 Squadron.  He was the Observer on P/O Herbert's Hampden Crew.  Other members of the crew included Sergeants Murtha and Hatfield both of whom were Wireless Operators/Air Gunners. Unfortunately an accident occurred on 12 March 1942, whilst the crew was conducting training over the English Channel south of their home Base at RAF Station Thorney Island.  This was the first loss recorded by 415 Squadron.  At the time crews were busily engaged in converting from Bristol Beauforts to Handley Page Hampdens.  Shortly after this accident the Squadron moved to RAF Station St Eval and commenced their first operational missions of the Second World War.

As is the case with all Air Force casualties with no known graves, F/O Mackay and his crew are remembered at the Air Forces Memorial at Runnymede, located near Egham, Surrey, England.  Their names are engraved into the stone walls of the RCAF section of the Memorial. 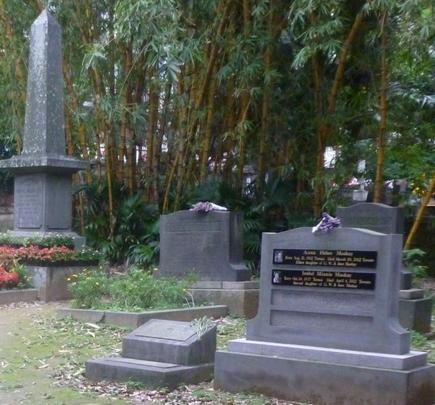 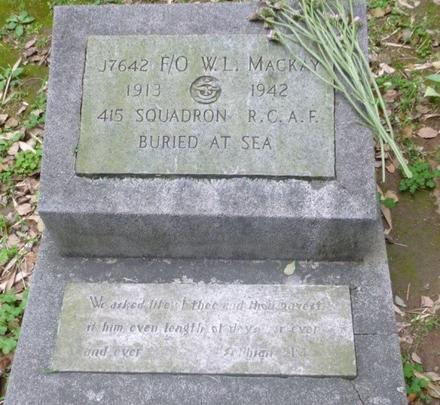 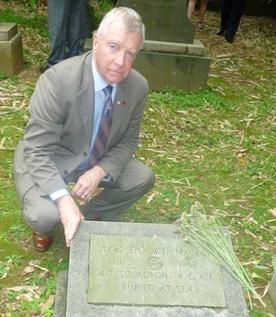