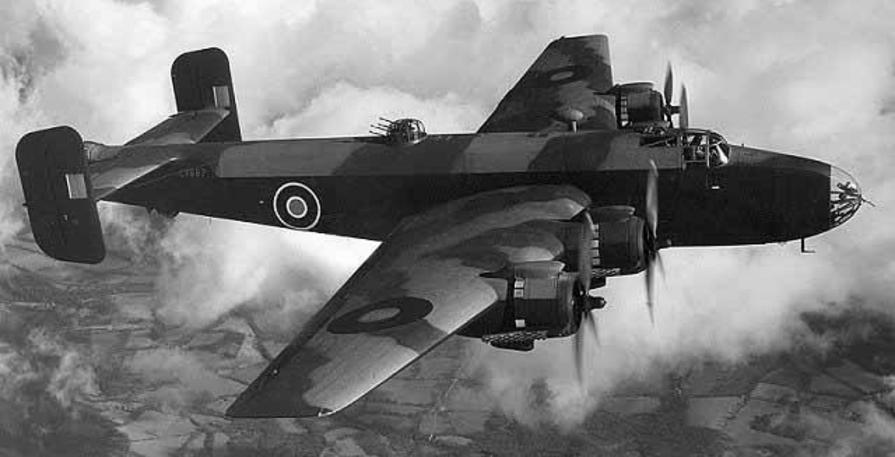 On 14 October 1944 both 432 Squadron and 415 Squadron were instructed to supply aircraft for two raid on Duisburg, one during the day and the second overnight of 14/15 October. 415 Squadron supplied seventeen aircraft for the first raid and twenty for the second. Halifax NA583 took part in the first raid and returned without damage. On the second raid the aircraft was assigned to the McFadden crew.  After taking off from East Moor at around 22:20 hours, they bombed the objective as planned.  Upon landing at East Moor around 04:00 hours a large hole was found in the bomb doors, which suggested that a 1,000 pound bomb had passed through it.  The crew only learned about the damage the aircraft had sustained after they had landed back at East Moor.  Members of the crew for this mission included:

The McFadden Crew is discussed at length in another story contained on this website.  Ronald Blau and J.C. McLean were not regular members of this Crew.  Ronald Blau received his commission on 11 September 1944 with the rank of P/O on probation.  He was subsequently promoted to F/O on 11 March 1945. He remained in the RAFVR post-War and rose to F/Lt on 11 March 1948. He relinquished his commission on appointment to the RAF on 7th May 1951 and having dropped a rank he rose again to F/Lt on 26 April 1953. He retired on 28 November 1961. Unfortunately there is no available information on Sgt McLean.

Halifax NA583 was built to contract ACFT/891 specifications by Fairey Aviation Ltd at Stockport and was delivered to 420 Squadron at Tholthorpe on 16 July 1944. It was immediately transferred to 415 Squadron at East Moor and was first used on operations on 28 July 1944.  The aircraft was involved in two flak incidents in August 1944 but sustained only Cat A(c)/FB damage in both cases.  The repairs were made on site at East Moor.  It was damaged once again in the incident recorded above on 14 October 1944 and was soon repaired. NA583 was finally lost (Cat.E) on 2 November 1944 when the Knobovitch Crew failed to return from a raid on Dusseldorf. The aircraft was found to have crashed in the Rocherather Wald area near the Belgium/Germany border. Sadly eight airmen on board were all killed. NA583 was lost on it's 29 mission on 2 November 1944.  Members of the Knobovitch Crew are buried at the Rheinberg Commenwealth War Cemetery. 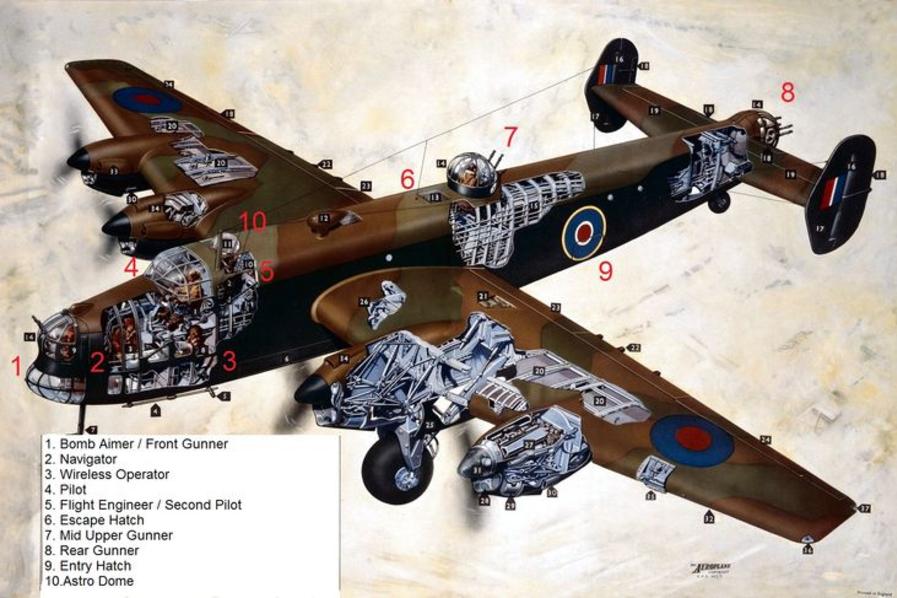 History: An early serious design flaw in the rudders caused many fatalities. The design was transformed through removing the front turret, armour plate, modifying or removing the mid-upper turret, re-engining and and redesigning rudders, it was transformed into a solid, dependable, but unexciting aircraft. The Halifax mainly replaced the Whitley-equipped Sqns in 4 Group.

Design: All metal, heavier and squarer than the Lancaster but very similar in design. Its early design faults and haphazard arrangement of internal controls, dials and switches made it harder work to fly. 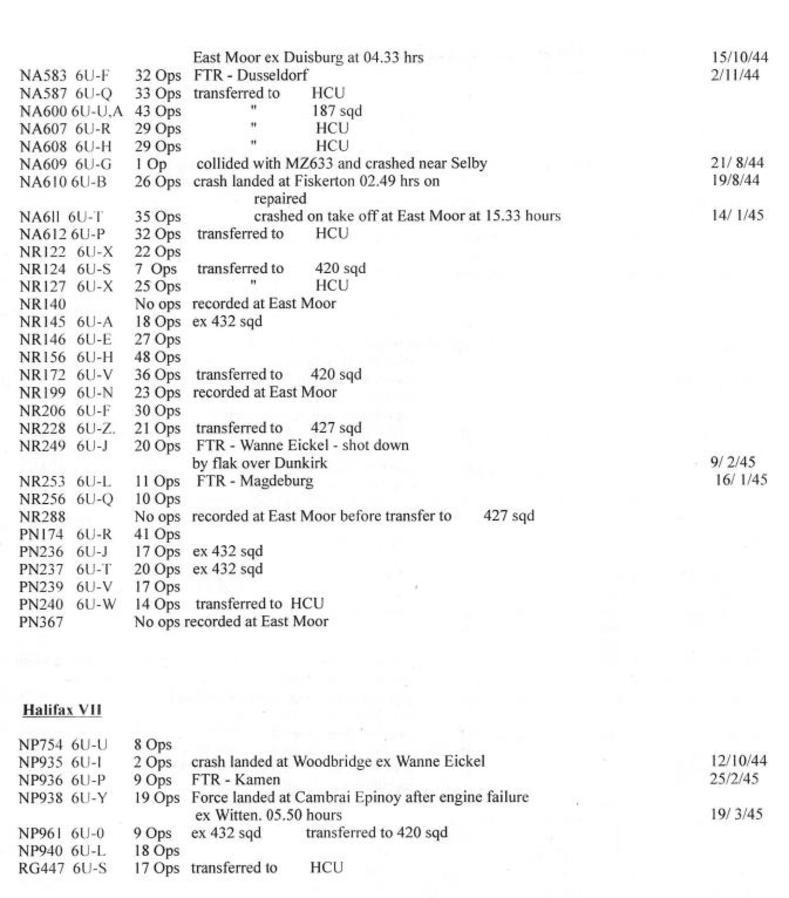 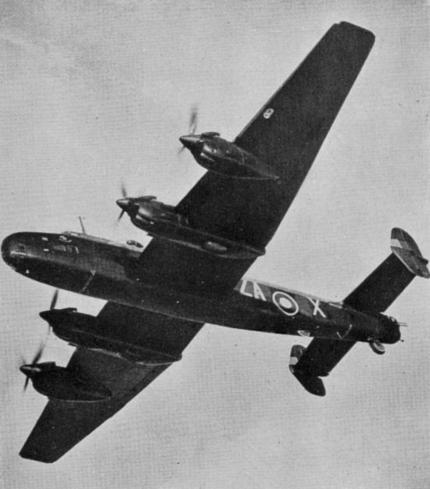 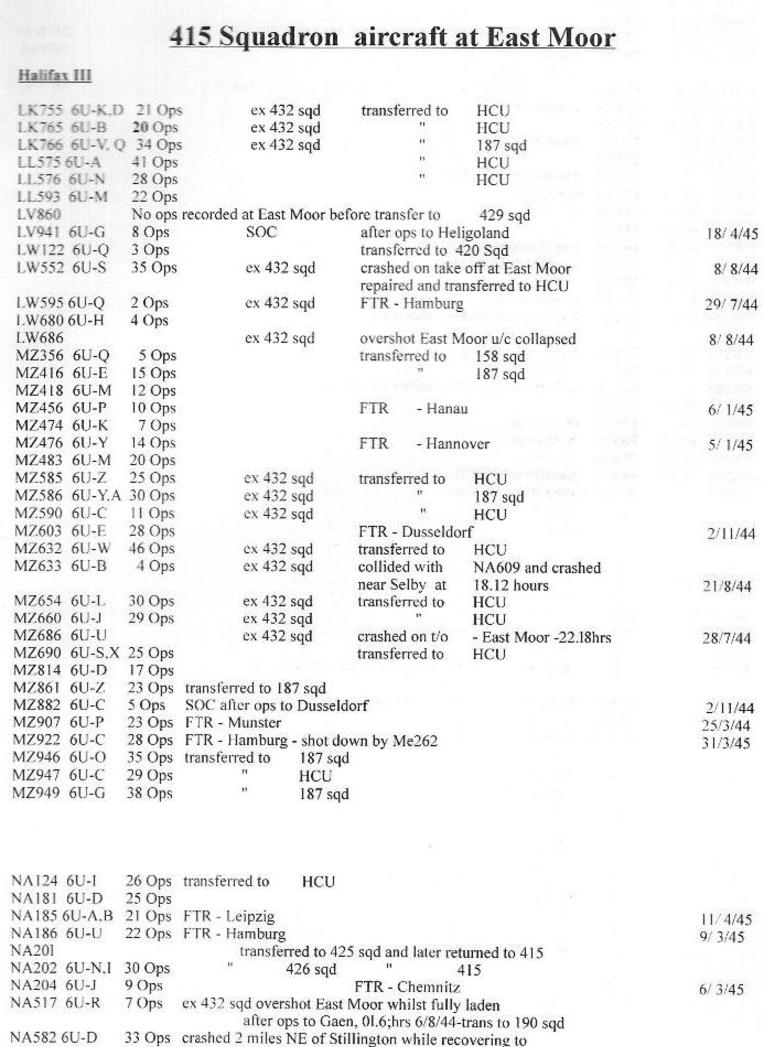